The Awesome Board Game - Part 2 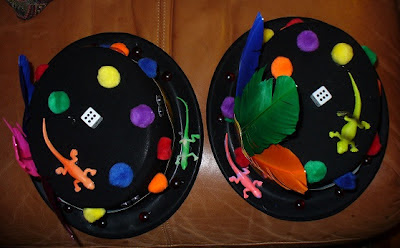 Last month I posted about the creation of The Awesome Board Game by my two ace nephews and myself.  This past weekend they rolled it out at a family picnic.  (Two weeks earlier we had given it a test run at their house.  It had rained and the yard was still rather damp so we laid out half the playing squares in the living room and dining room.)

The plan was for the boys to be the Gamemasters.  I told them I'd make them Official Gamemaster Hats.  A quick visit to a local party supplies shop turned up two plastic bowlers for a mere $2.99 each.  A follow up trip to a nearby Dollar Store provided the rest.  Add one glue gun and . . .  voila! 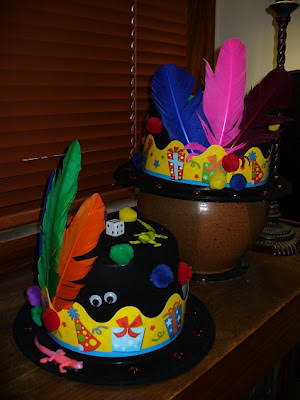 The hats were officially bestowed at the start of the event. 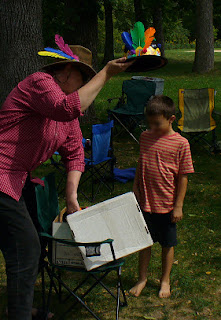 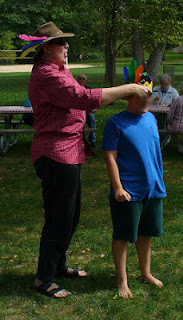 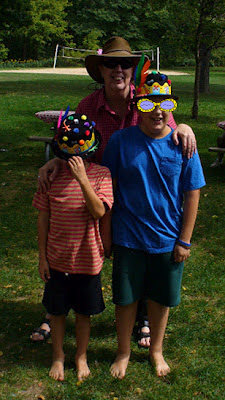 They didn't stay with the nephews for long, though.  During the course of the game several of the kids asked to wear them!

Our picnic area was fairly large and the complete game board took up a lot of space (though perhaps too much, we thought later). 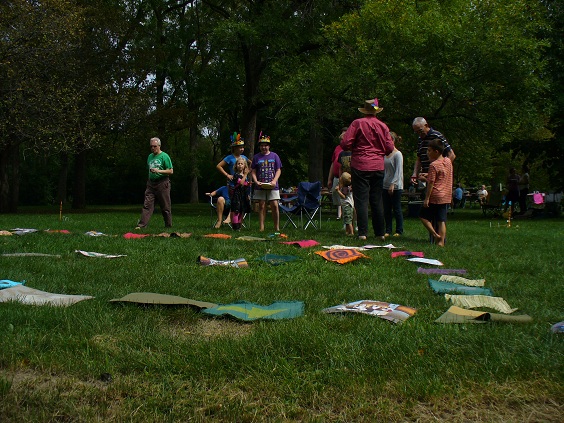 Teams were formed, usually with an adult or 2 and a handful of kids. One group of 3 young ladies was pretty high energy! (As the game progressed the teams morphed a bit as kids moved from group to group.)

One of the features of the game were the Silly Cards - cards players picked when they landed on a square marked with a big letter C.  The boys and I had spent a fun lunch time several weeks ago coming up with silly ideas for the cards.  I took our list home and did up some jazzy versions using Microsoft Word.  Here are a few of them. 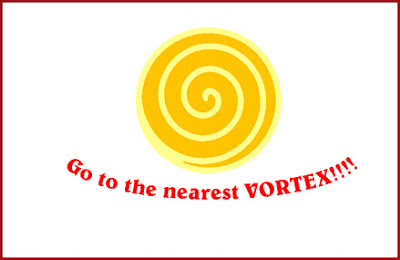 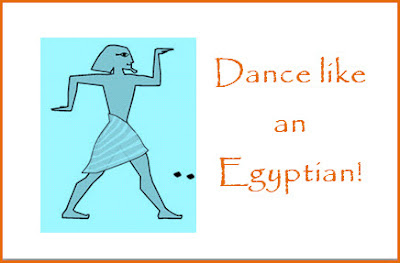 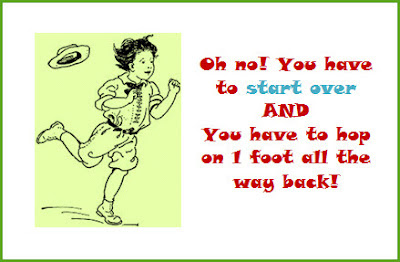 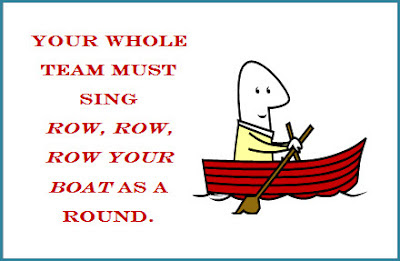 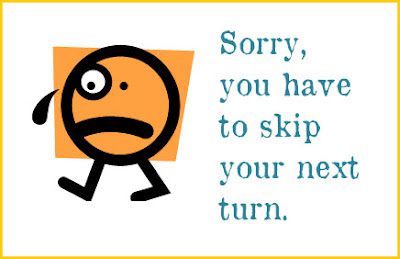 Player Teams used either foam dice (found at the ever amazing American Science & Surplus store) or the larger cardboard dice the boys made. Frisbees (found at Goodwill) served as the place markers. 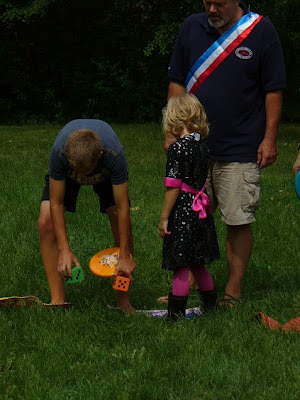 The game got underway.  Much silliness ensued. 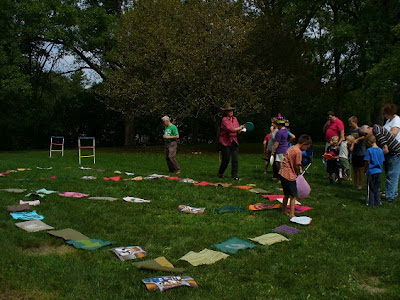 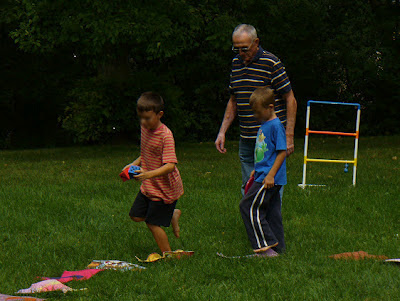 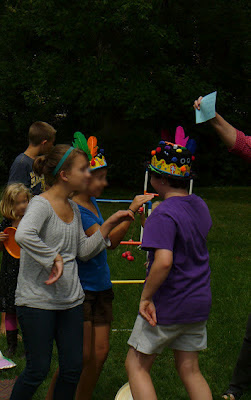 For the most part, the Awesome Board Game project was a success.  But when we do it again, we'll need to consider a few of the hitches we ran into. 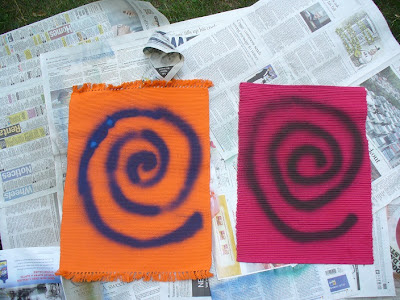 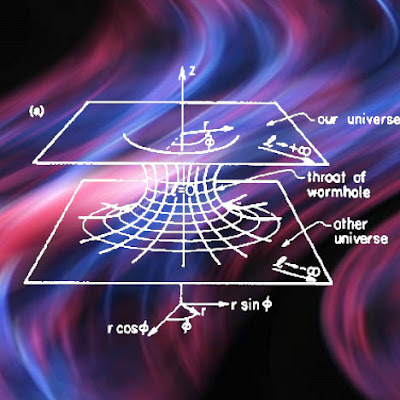 p.s  In the Part 1 post about this game, I mentioned the dreaded Vortex Squares and the fact that we didn't quite know what made them so dreaded!  The boys decided that landing on a Vortex (there were two of them) acted as a kind of wormhole.  Landing on one meant you got sucked through and back to the other one.

The boys are back in school now and I have several big projects of my own in the works.  It was a great summer of fun for all though.  It will be interesting to see what we come up with next! 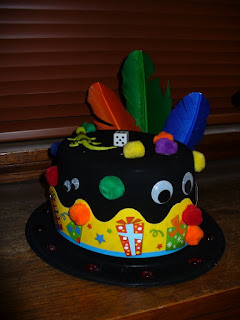 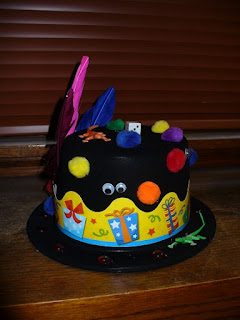