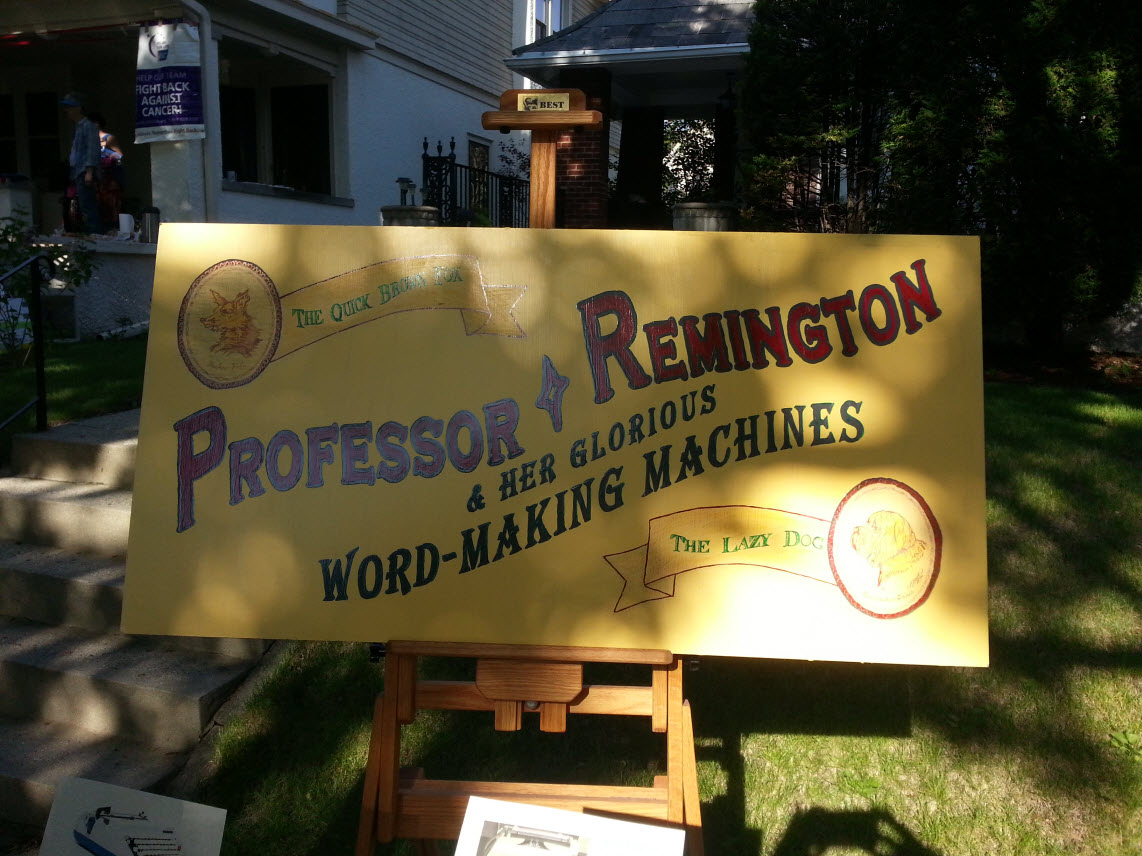 After a long and very hard winter, our neighborhood was almost giddy this weekend. One the first Saturday of June we hold our giant, all-households rummage sale.  It was a most perfect day: sunny and with a slight breeze.

I had thought this might be a good time to move out a smaller portion of my typewriter collection; machines I don't use too often. And since typewriters are such a curious (and inexplicable!) thing to most folks, I decided that my alter ego, Professor Remington might need to make an encore appearance to explain and inspire (here was her first appearance). 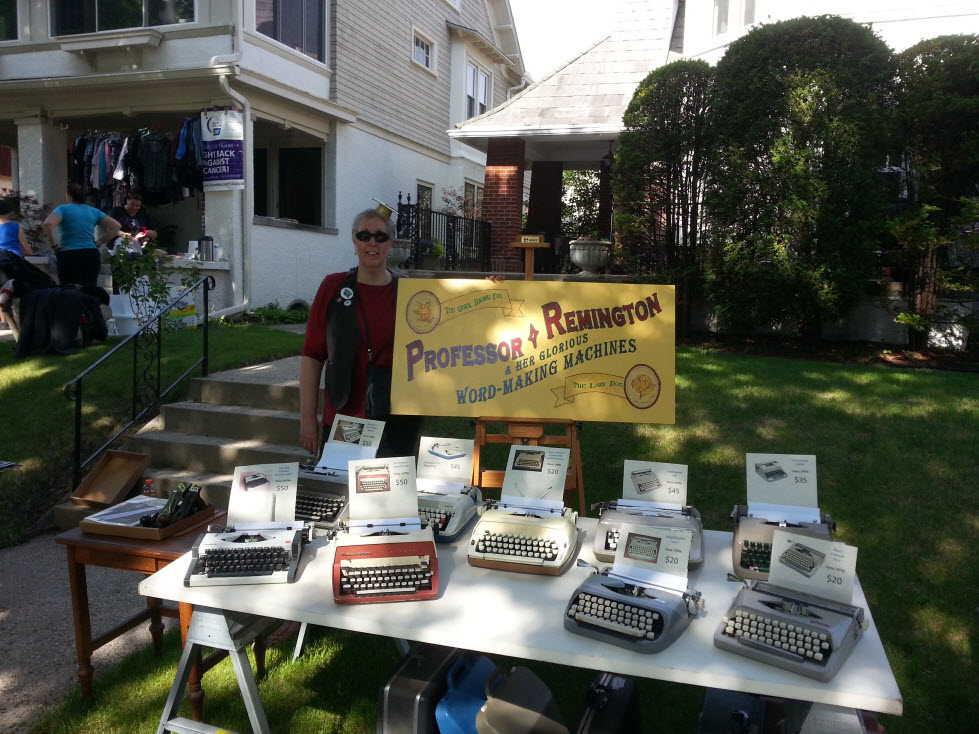 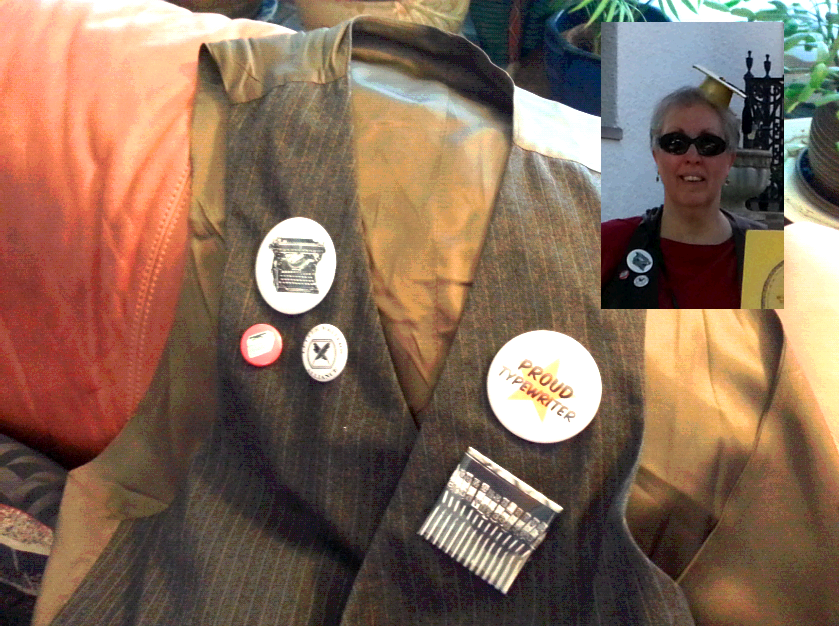 I sorted through my machines. It was almost bittersweet. There is a core set of older machines which I love and use often. But even those I don't use as often, I had good memories of: of their finding, of the person who'd given them to me, even of the letters I'd written using them. (Yes, Typospherians can be a most sentimental lot.)  In the end, I culled about half for the sale, 12 machines in all. 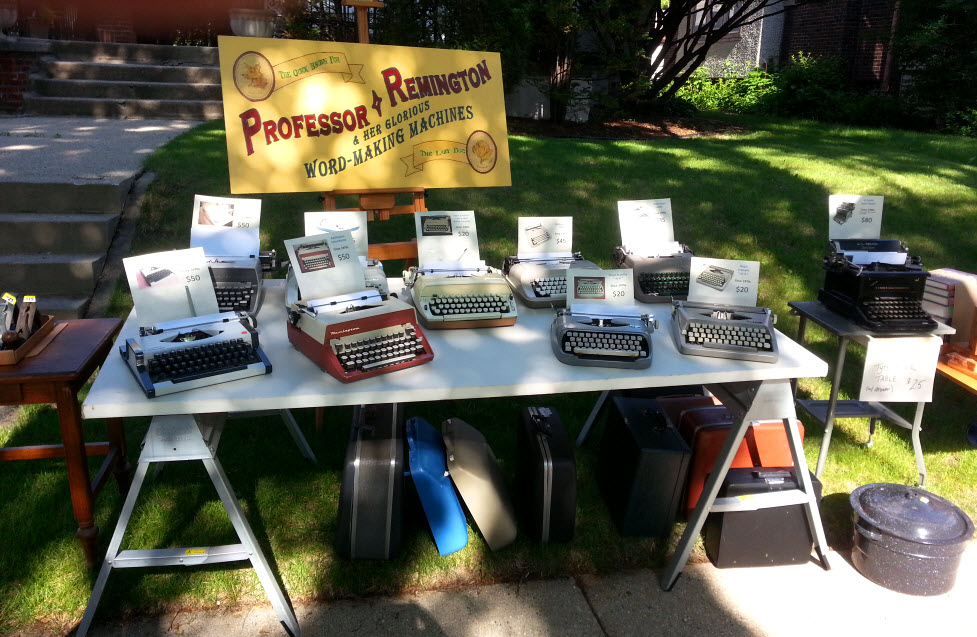 I priced them from $10 to $80. I wasn't looking to make money but neither did I want to undervalue them. Plus, I wanted to make sure kids could afford some of them them since it always seems to be the younger ones who are most intrigued by these beasties.  The 1930s-era desktop LC Smith (from my 93 year-old Auntie B!) was priced highest. It needs a cleaning but, remarkably, everything works! 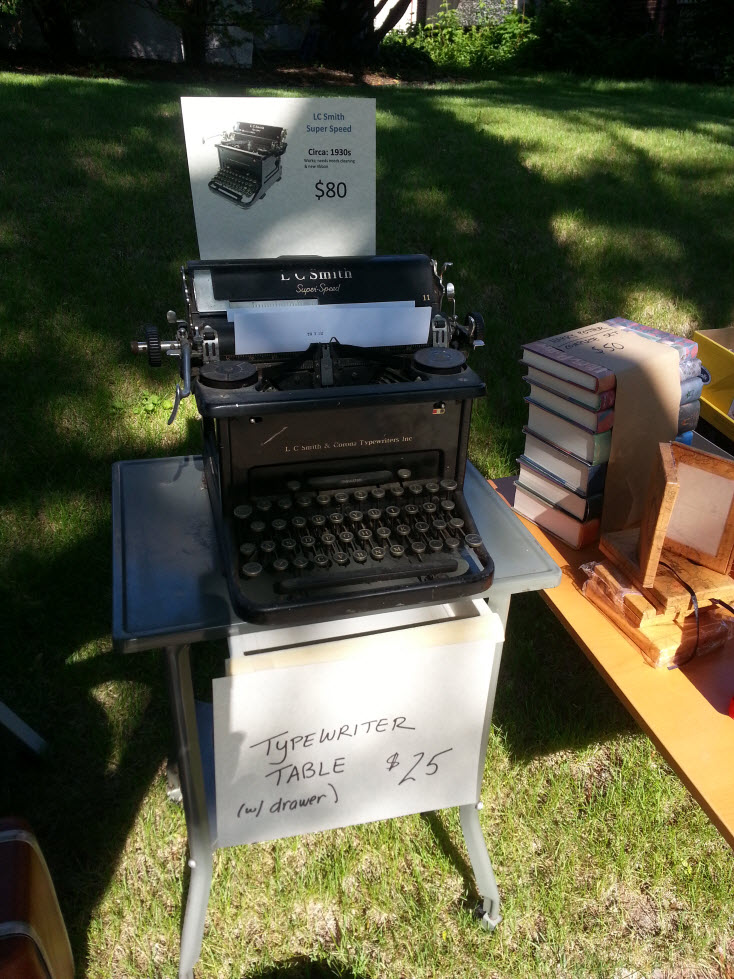 The event opened at 8am and there were people at my table from the very first moments! 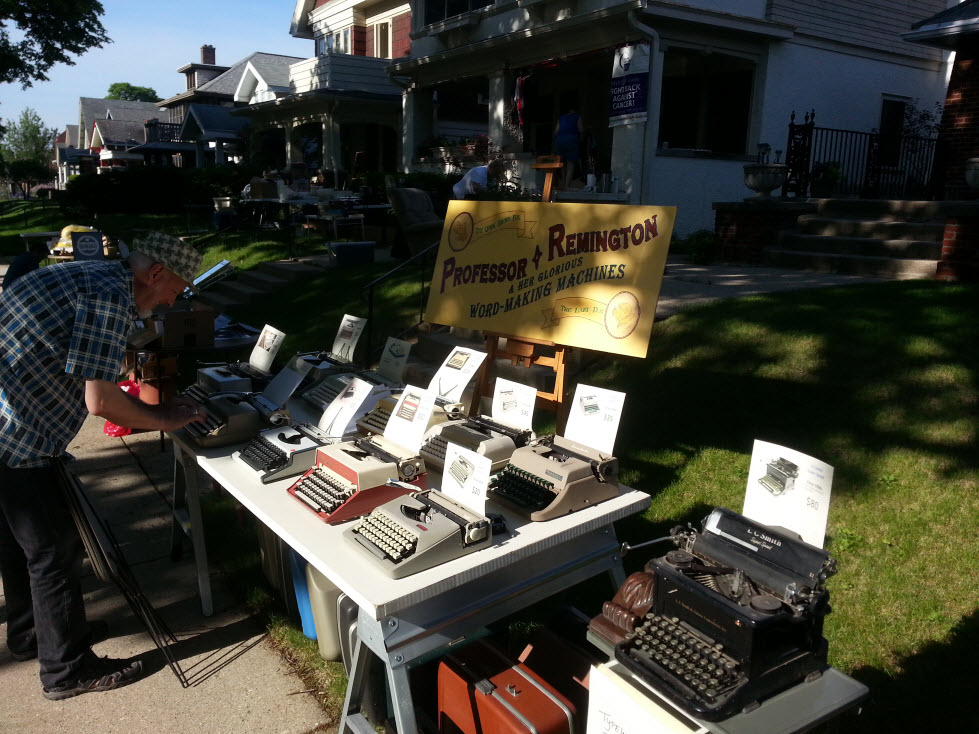 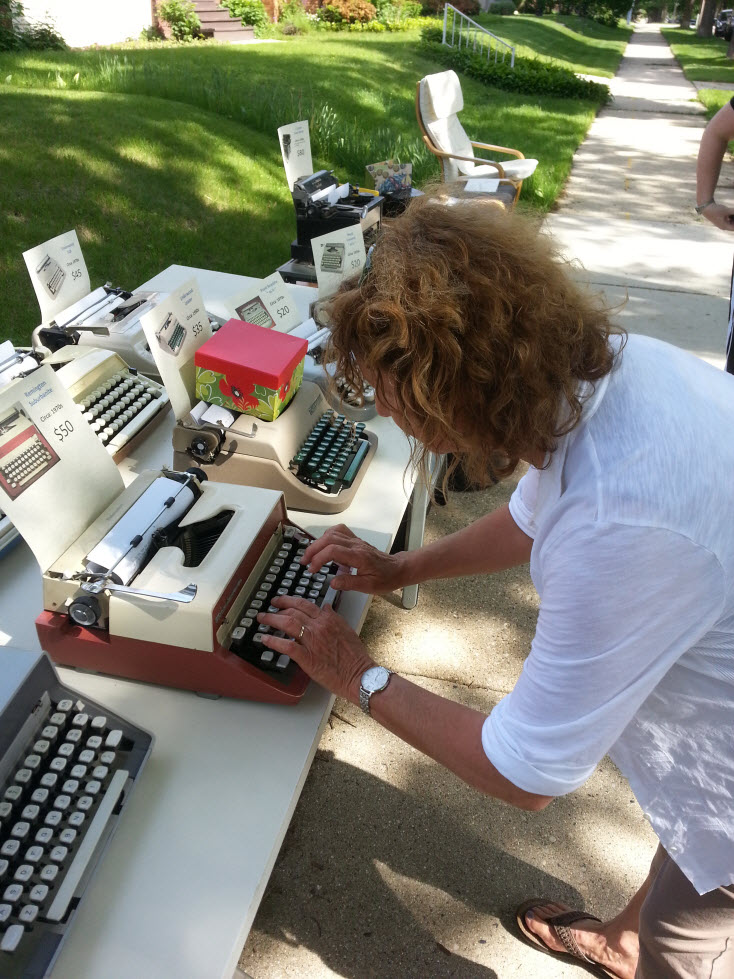 The first sale of the day was to this gentleman, who already owns one machine. He likes to write with them, he said. He left with the Facit TP1. 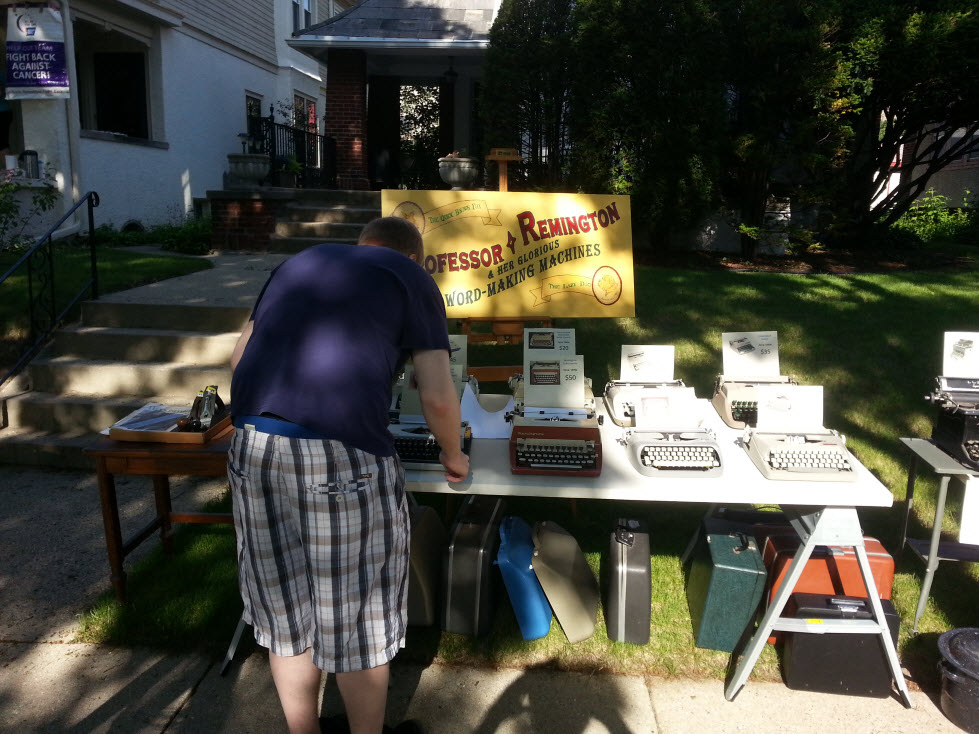 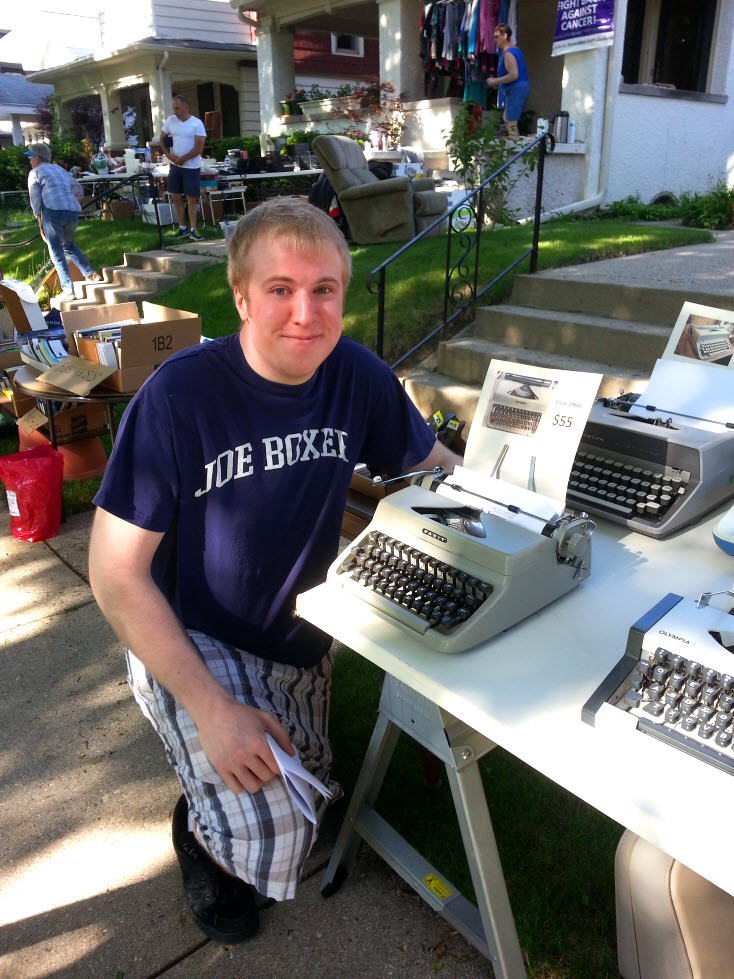 Children were the most excited. It was especially fun when a Mom or Dad would take over showing them how the machines worked. They were so excited to share a bit of their past (and their know-how) with their kids. 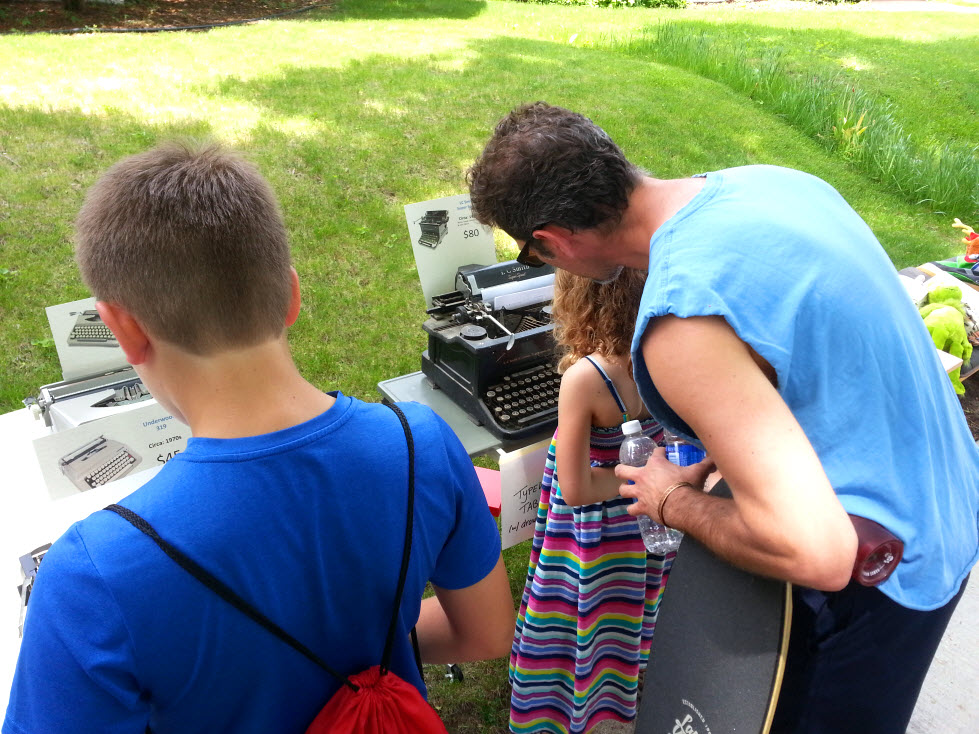 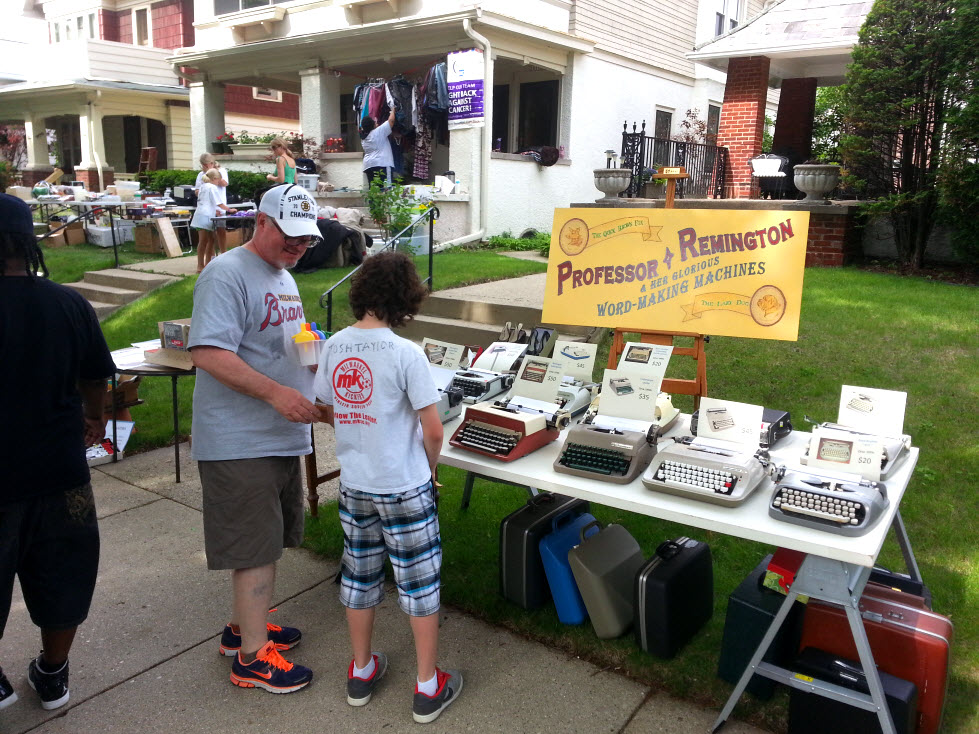 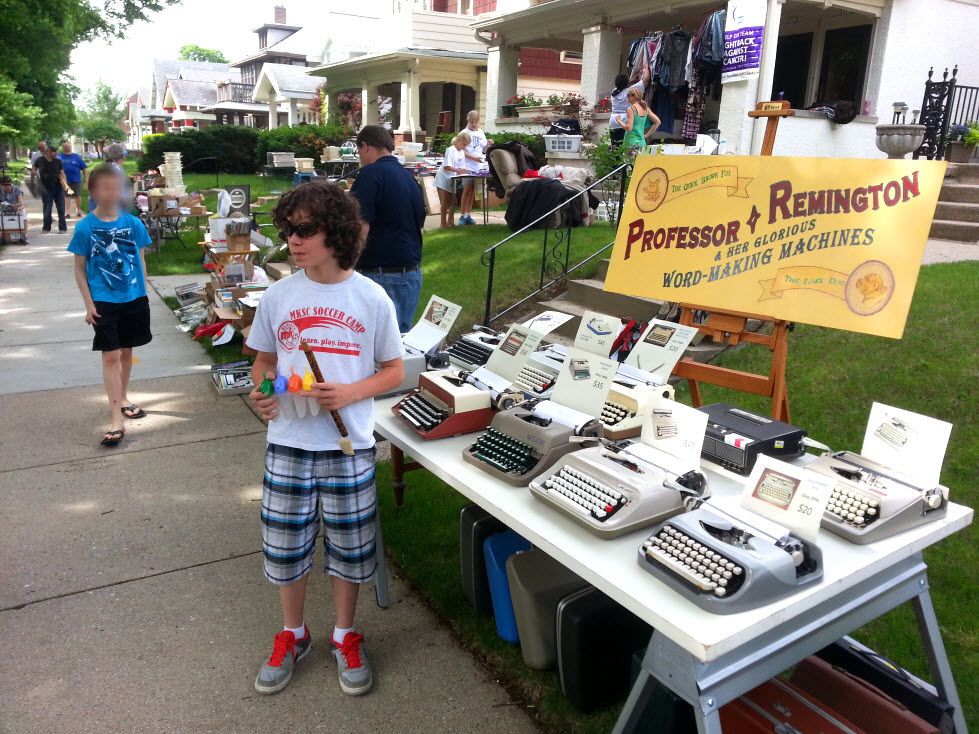 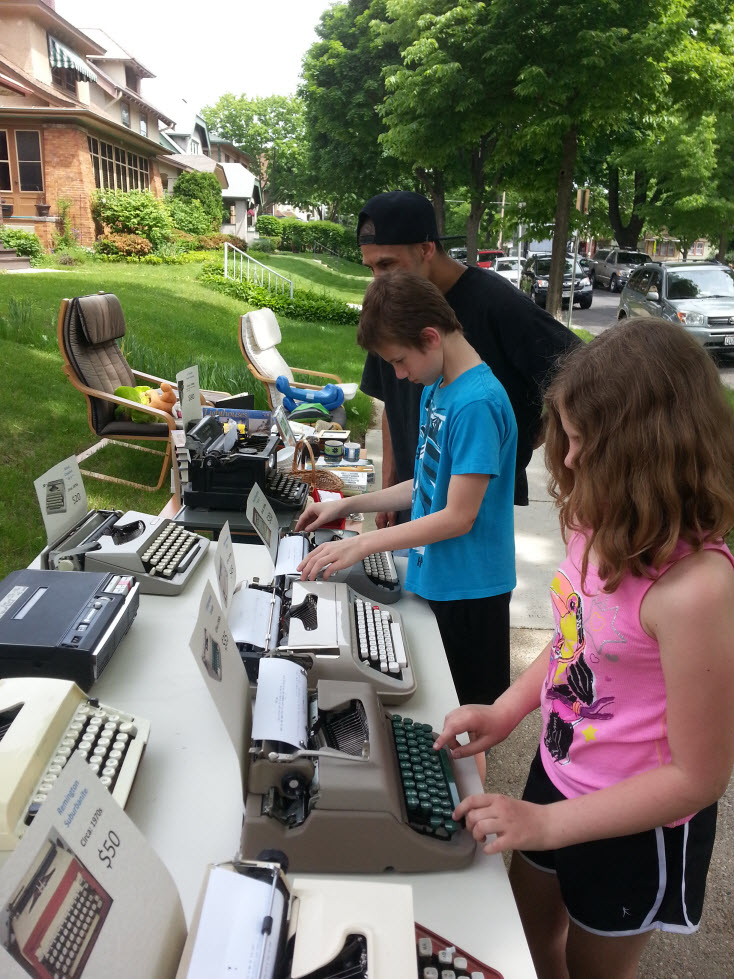 One Dad bought a machine (an Underwood Leader) for his 12 year old daughter. "I don't know what it is," he said, "but she finds them fascinating!" Methinks this is one Dad who will be Number One Dad for awhile. I sure hope so! It was a very cool thing for him to do.

This lady and her children were very excited to get a family machine. (I am not sure who was more keen on it though, Mom or kids!)  We talked a long time about how to use it and I gave them a basic rundown on how to care for their new word-maker.  And they were very kind to let me take their picture.* 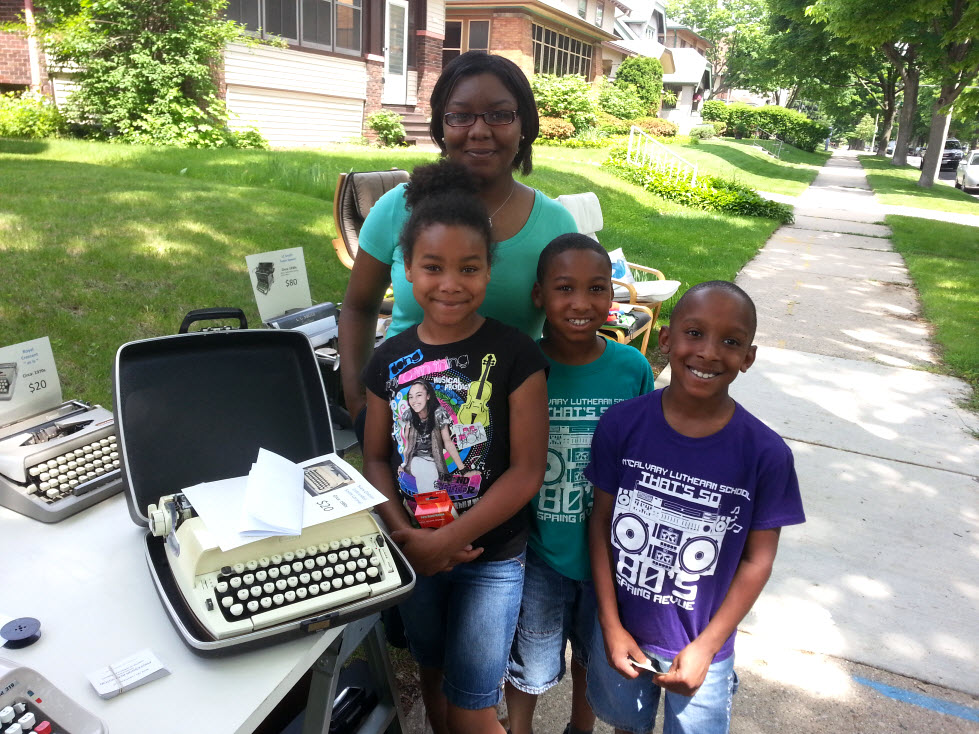 A few other families held mini type-ins as part of their day. 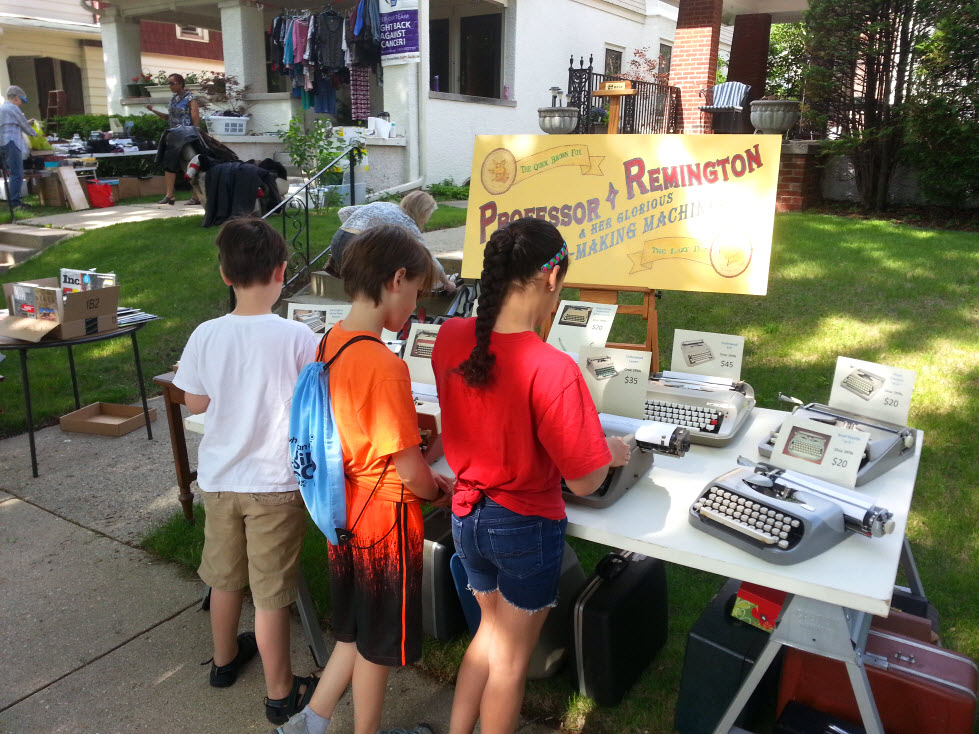 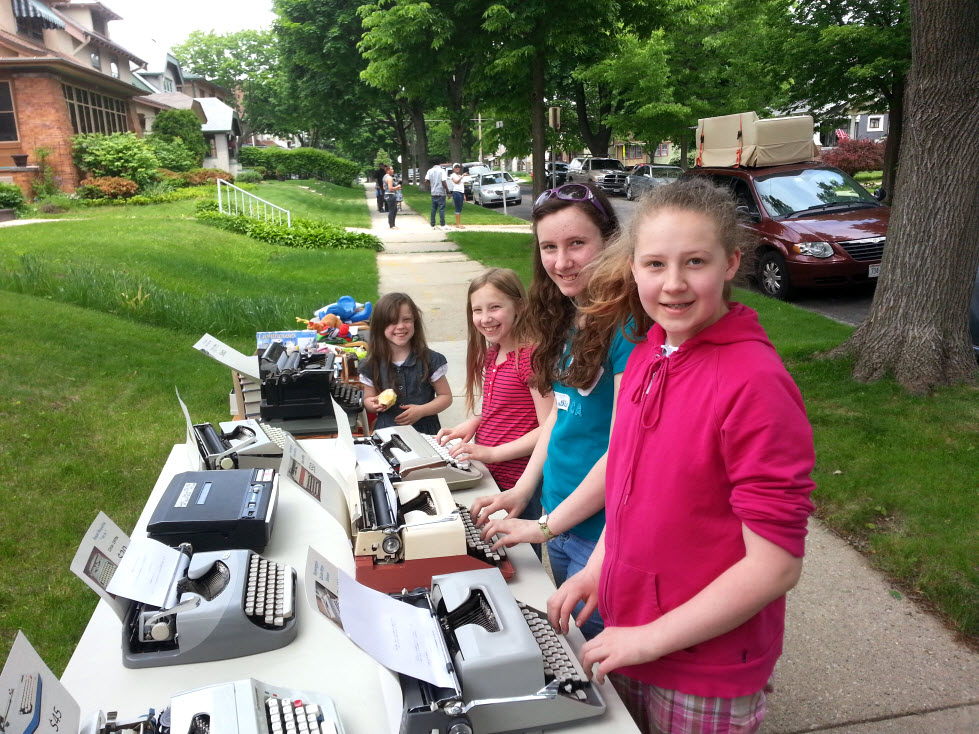 By mid-afternoon, a total of 6 machines had found new homes. Each buyer was formally welcomed into the Typospherian Community, provided with a 3-page handout on how to care and maintain their new machines, and given a Professor Remington business card.  A very good Saturday indeed. 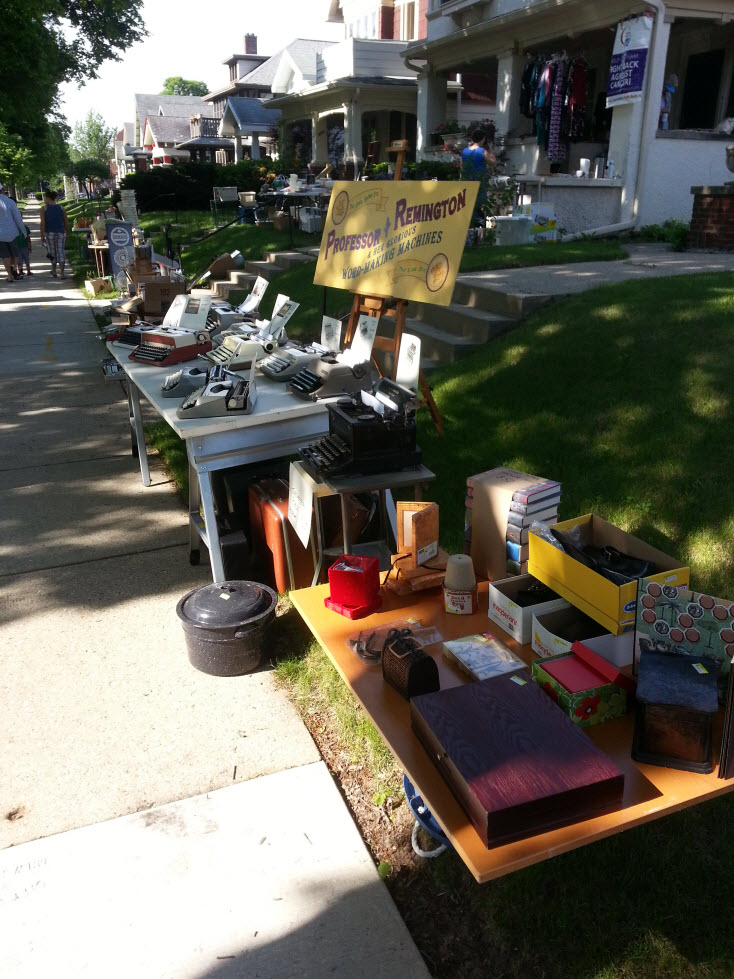 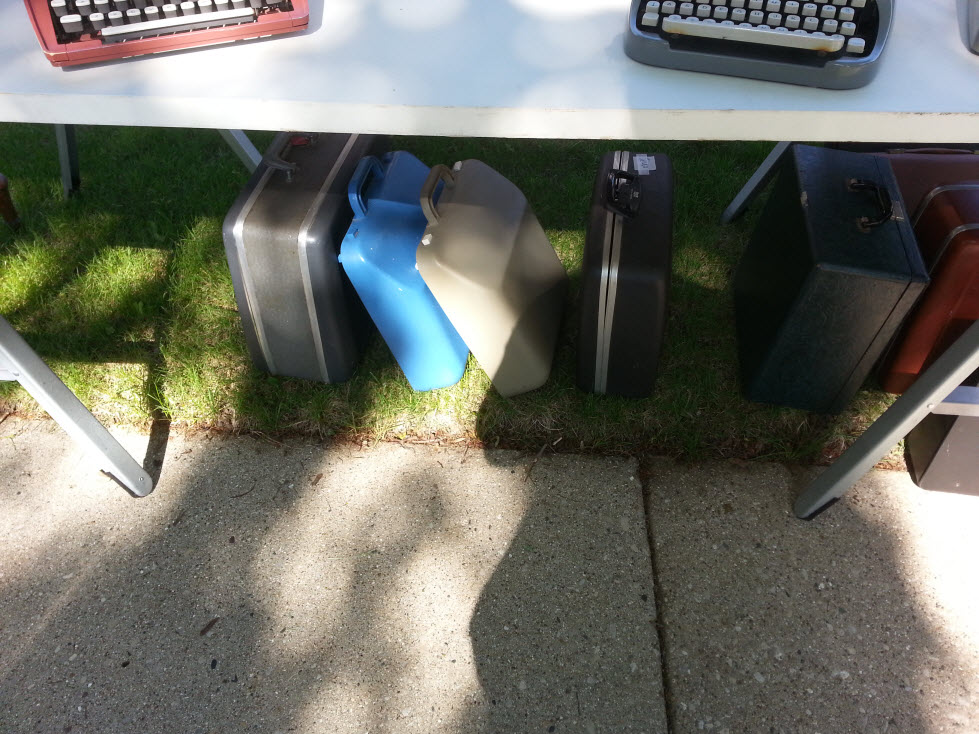 * NOTE: It is the policy of this blog not to post the faces of children unless their parent(s) have given me permission to do so.