Twin Typers a Decade (or so) Apart 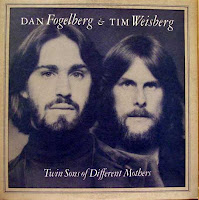 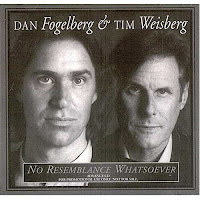 "Twin Sons of Different Mothers is the fifth album by American singer/songwriter Dan Fogelberg, released in 1978. The album was the first of Fogelberg's two collaborations with jazz flautist Tim Weisberg, [the second was]. . . No Resemblance Whatsoever." [from Wikipedia article]

I thought of these gentlemen when, in the span of only a few weeks, I acquired two Smith Corona Skyriters. 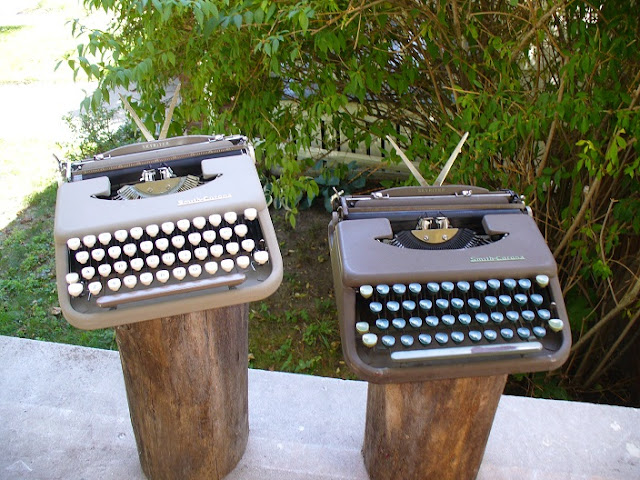 The first (on the right) I found at a fairly run down antiques shop down in Milwaukee's Third Ward. I've been there twice and both times was disappointed at the quality of the wares, the haphazard displays, and the often ridiculous prices.  But I'd been wanting a Skyriter muchly and didn't want to go the online route. 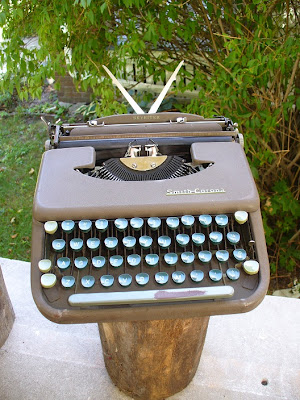 I found this one tucked under the bulbous cases of a rather dirty 1950s-era Royal Quiet DeLuxe and a swinging 1960s turquoise SC Classic 12.  The Skyriter had taken quite a beating it was plain to see.  But despite the wear and tear, it typed cleanly.  The proprietress wanted $50 for it.  I talked her down to $45 with an old wooden croquet ball and a some other knick-knack thrown in as lagniappes. 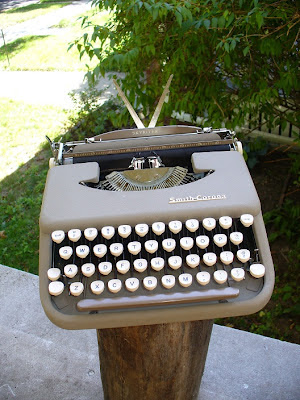 The second one I found via Goodwill's online store.  I was looking for "a friend" don't ya know! (So much for my promise not to look online. . . ) The photos on Goodwill are often blurry and the descriptions none too detailed, but this one had great pics and a description that suggested the owner had taken good care of it.  I put in my bid and crossed myself fingers - and was delighted when no one else wanted it.

It arrived very well packed. (I Tweeted my thanks to the folks at the Oregon shop and emailed the main Goodwill HQ with a compliment as well.)

Here are some closer views of the wee beasties. (I haven't dated them precisely, but I believe the older one is from the 1940s and its kin from the 1950s.) 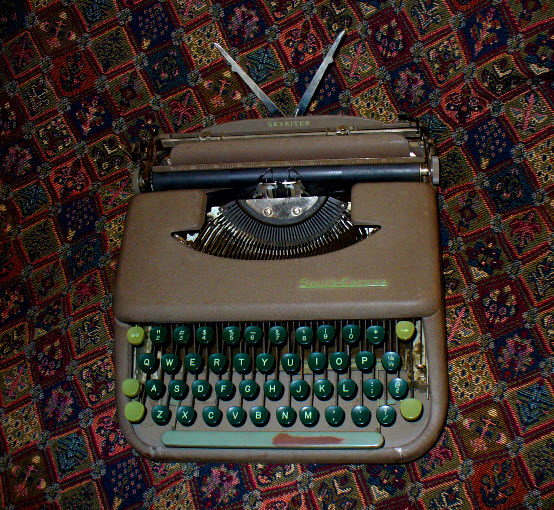 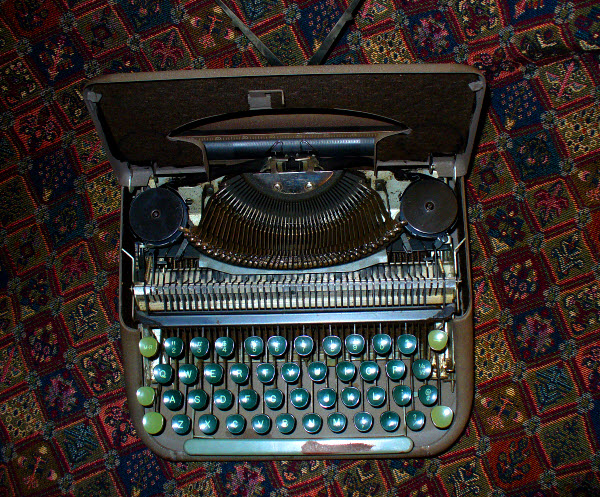 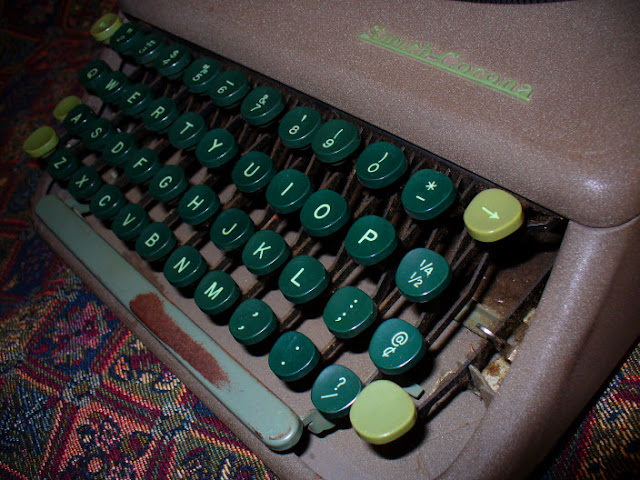 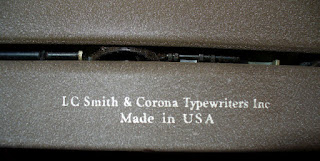 The case for the older one looks as though it went through some hard times. 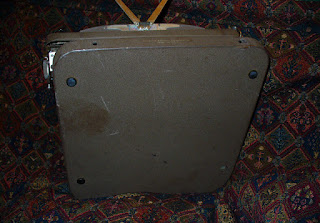 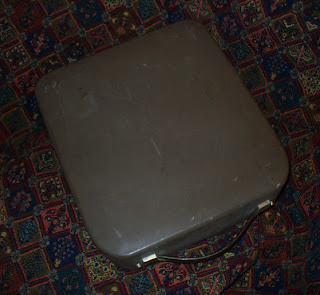 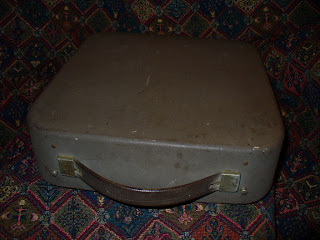 The younger machine (probably my age, though, now that I think about it), to my great delight, was in extremely good condition with only a single ding on one side.  It types with a nice snap to the action. 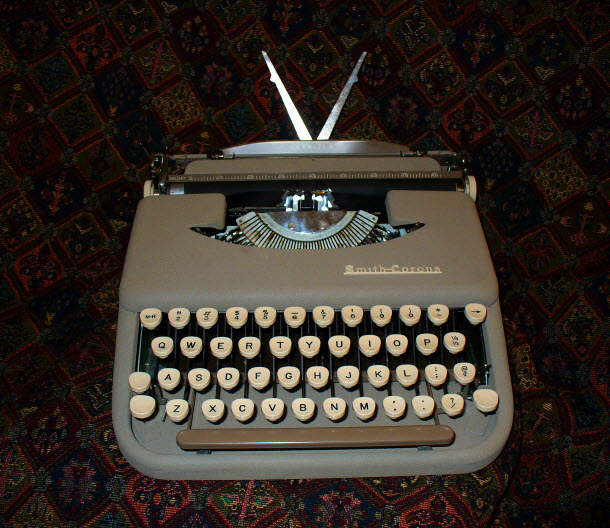 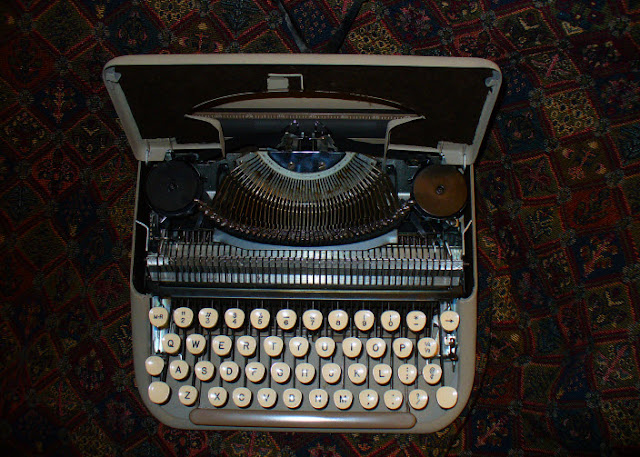 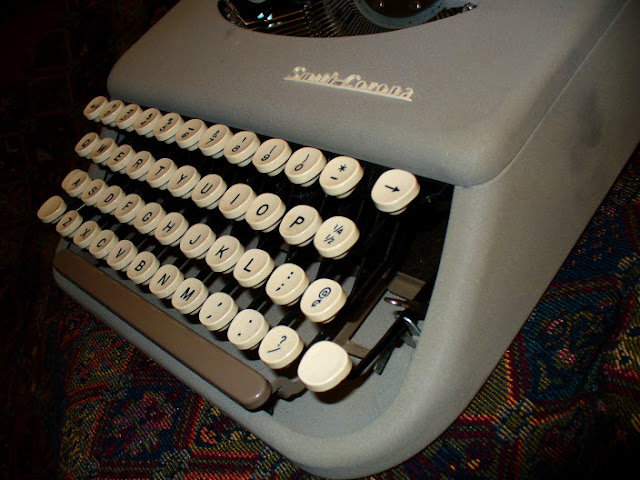 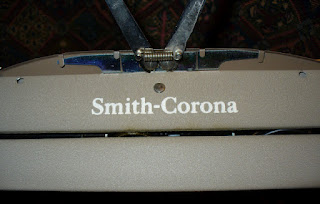 The case for the newer machine is very similar to those of my Royal Crescent and Royalite typewriters - a zip-around closure with a double handle.  The Skyriter's case is much better made however, and has a fabric sleeve in the upper cover (which contained a brush to clean the type slugs and a small product card.) 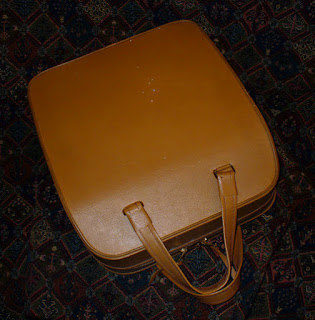 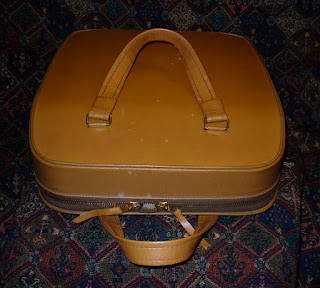 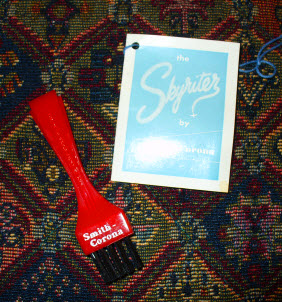 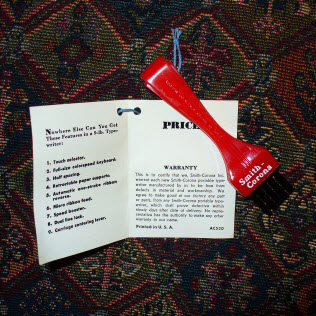 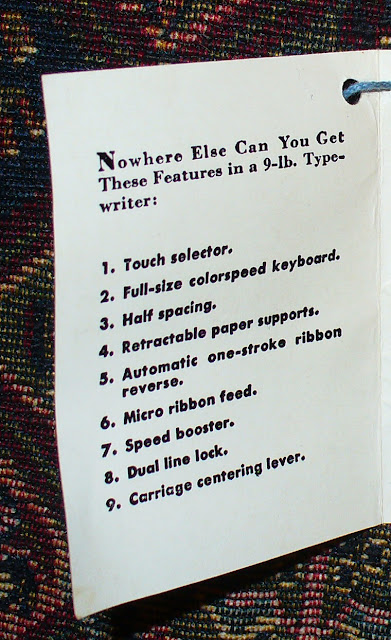 I'm thinking that I'll eventually sell the older one, but for now it is fun to see them sitting together. 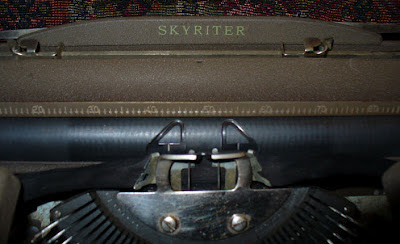 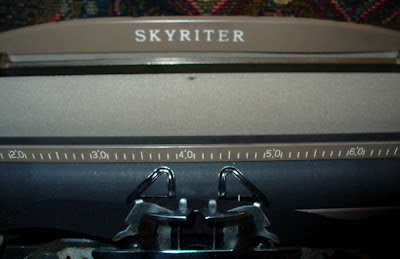