The Typewriter That Waited 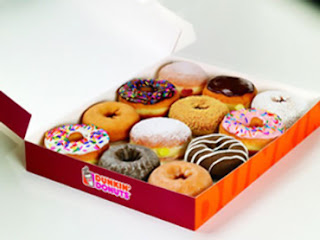 
Even though the leaves haven't begun changing their colors here in Wisconsin, I know Autumn is on its way because I've been craving doughnuts like there's no tomorrow!  It's the prepare for winter thing, even though 21st-century homo sapiens no longer need to grow extra fur or put on a protective, extra layer of warmth-ensuring fat.

I love this definition of food cravings from Wikipedia (bold type mine):

"A food craving is an intense desire to consume a specific food, stronger than simply normal hunger. According to Marcia Levin Pelchat "It may be the way in which foods are consumed (e.g. alternating access and restriction) rather than their sensory properties that leads to an addictive eating pattern." "

We have a running joke in our house regarding such things: If a craving lasts longer than three days, give in.  While this more typically applies to Gilles Frozen Custard  and/or homemade apple pie, it also applies to typewriters.


Thus it was that I found myself at the exceedingly fine Antiques on Second here in Milwaukee. 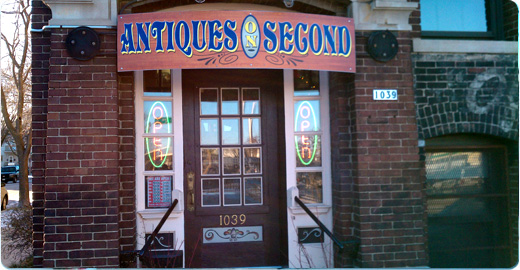 This fine establishment is located in a building that once served as a turn of the century brush factory.  It boasts "37,000 square feet on three floors showcasing items from one hundred and fifty dealers."  I visit every other month or so, spending several hours wandering among the many vendor displays.

I have told myself that I am done acquiring typewriters.  I live in a single level, 3-bedroom flat that is already packed to the gills with art making supplies, books, stationery of many kinds, musical instruments, a plethora of plastic dinosaurs, and a reasonably small collection of mechanical writing machines.

They are not so much stored as lying about in their cases, tucked into whatever corner, nook, or shelf that will contain them.  I can only dream of the day I have spaces like those below to not simply store but display my collection. 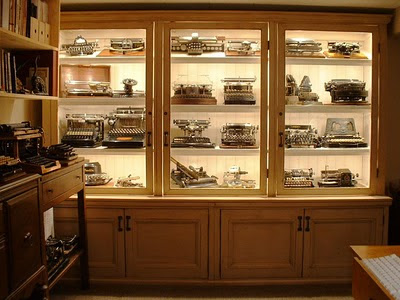 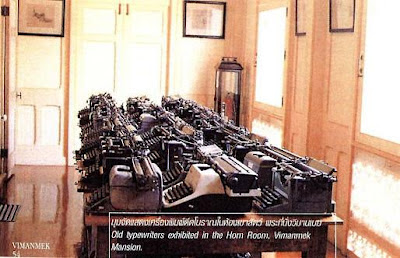 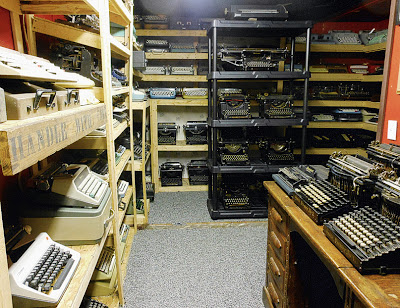 Lucky for me, Antiques on Second usually doesn't have a lot of typewriters.  But the first time I was there, some 8 months ago, I saw one I wanted.  It was a late 1940s-era Royal Arrow.  Tucked away under a cheezy green upholstered chair from the same time period, and enclosed in a nice-condition black case, it was priced at $70 -- comfortably out of my comfort range.  Plus, had I not said to myself "No More?"  As there was also a weary but working Oliver 5 there with a ticket reading $120 I felt confident in my resolve.

Through Spring and Summer I continued to restrain myself.  I even posted a notice over on the Portable Typewriter Forum in case there were any fellow Typospherian Cheeseheads out there who might be interested in the machines. 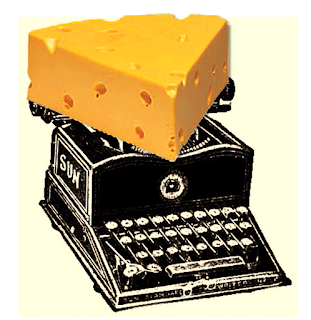 Recently a friend and I got together to peruse the antiques and have lunch afterwards.  And there, 8 months later, sat the tell-tale black case.  "What the hecks," says I, "can't hurt to look . . . ." (And in the audience I imagine Typospherians smiling quietly at this phrase they have, no doubt, uttered to themselves more than once.)  So I did and noted that the mechanicals worked quite fine and there was none of that moldy smell or sickening scent of Eau d'nicotine. I pulled out the slip of paper I always carry in my wallet and typed out that famous sentence concerning the quick fox and lazy dog. 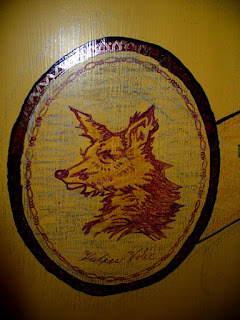 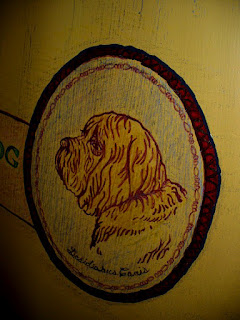 Info on the creation of these two images can be found at my earlier post here.

The typeface was elite, which I didn't expect -- I've 3 other Royal portables and they all type in pica.  A better surprise was in store - the price had been marked down by $30! (I am pretty sure I squeaked when I saw that.)  I decided on the instant.  After 8 months, it would seem, the gods of the typosphere were insistent.  Who was I to refuse? 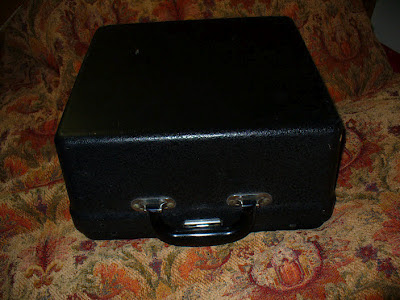 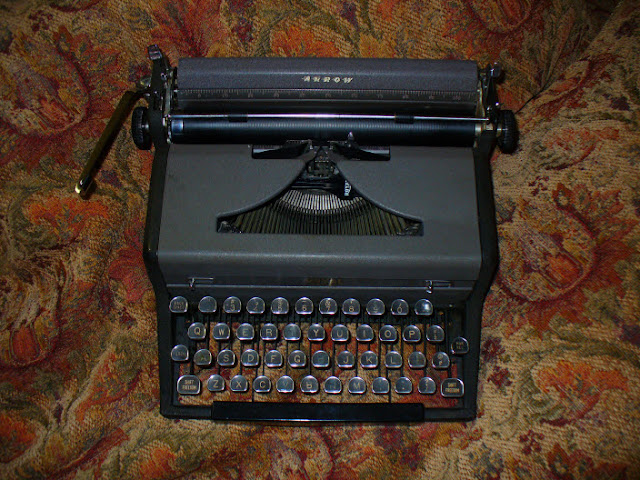 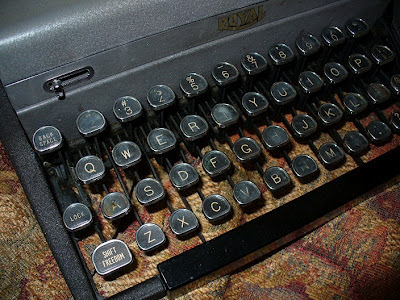 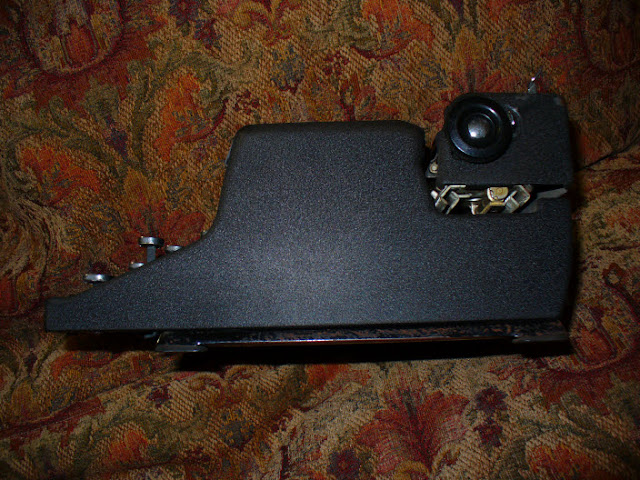 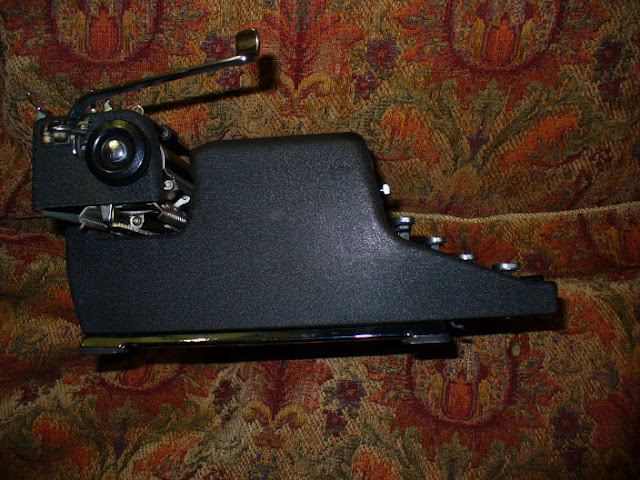 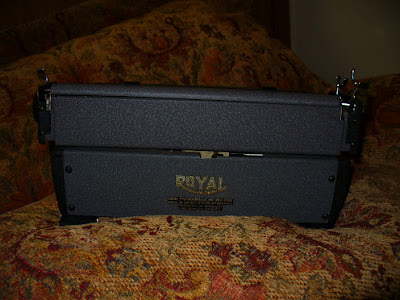 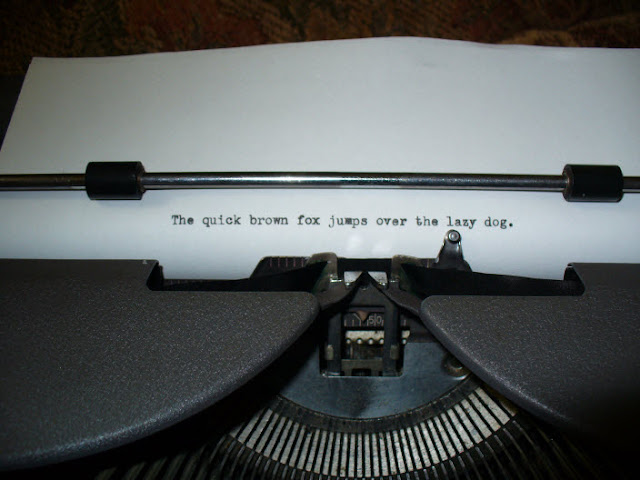 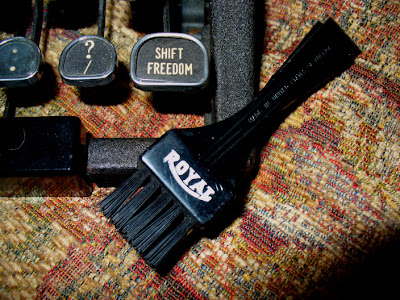 It was the typewriter that waited.  Being a literary type, the cadence of the phrase made me think of Harry Potter - called by his author, the boy who lived. So I've named this one Harry, in his honor! 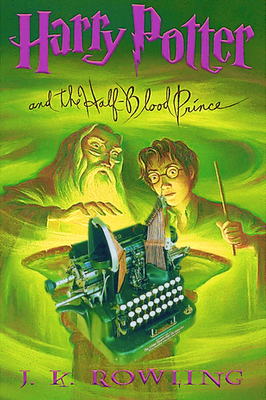 My apologies to Mary GrandPré, the artist who did the cover
and chapter illustrations for the American editions of the Harry Potter books.

p.s.  I thought the Oliver looked more wizardly than the Arrow for this image!


Addendum at 8:30pm:  Check out fellow Typospherian Cameron's blog post for yesterday over at Living in the Woods. He also recently acquired a Royal Arrow! Neat!