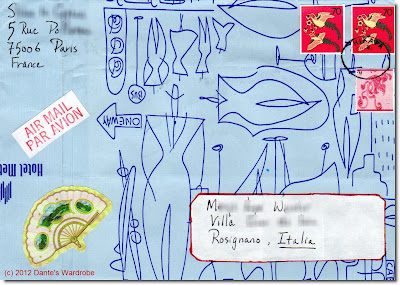 An envelope from one of my fictional correspondents.

On of the fun aspects of writing fictional letters is that you can playact at being different people.  When I write to my Vienna friend's character I am a time traveling extraterrestrial; when I write letters to my fellow cast from last summer's wizarding event, I am alternately the editor of our monthly magical newspaper or a certain Irish Scholar; when I secretly leave "Owl Post" packages for my young nephews, I invent all manner of silly people who are ostensibly sending the items.  You can also just be yourself and let the stories you tell be the game. 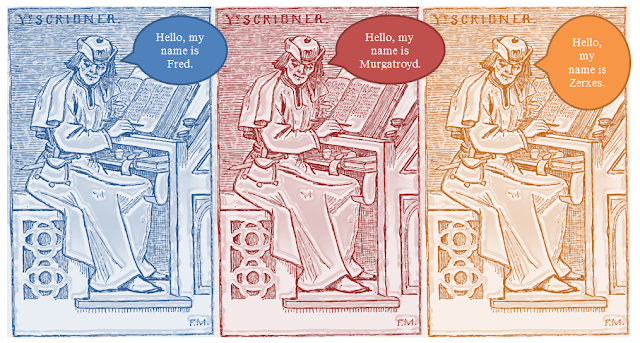 A fictional correspondence is just a big, fun game of make believe.  So who you are is just a matter of pretending to be someone else.  Who that someone is can be inspired by a story you love, a place you've been or want to be, an historical event . . . . well, you get the idea.

Sometimes I invent a character on the spot.  The imaginary postal packages I made last summer each contained a personal letter for the child recipient.  This was in addition to the approximately 100 other letters I wrote as part of that event. 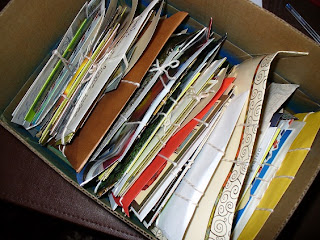 The box of letters for the 2011 wizarding students.

There was no way I could work up detailed characters for each of those letters! But I knew the general context of the post was "letters of welcome to First Year Students" -- ostensibly the letter writers were all former wizarding students, either of our magical school or others.  So as far as names and personae, I just winged it!

But a sustained fictional correspondence works better if you have a more solid idea of who your fictional letter-writing self is. You can always change things as you go along, or as your character grows into his or her stories.  I have found that old travel posters seem to give me lots of ideas for make believe personae. 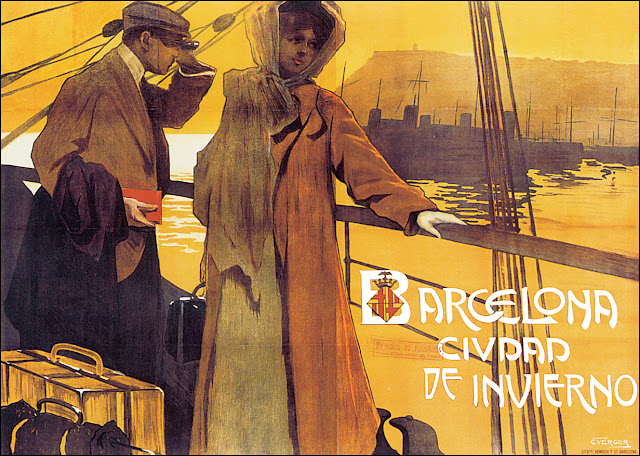 This one makes me wonder many things: 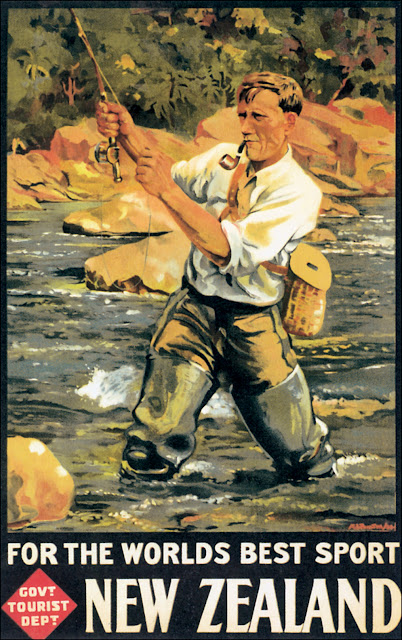 This one makes cracks me up.  The man is so intense, so into his manly sport.  It makes me wonder if I would be writing as him or about him.  Maybe he is friend of my character.  Just thinking that makes me wonder what kind of person would have this guy as a friend - which makes me think about who that person would be.  A brother? A sister? Old Army buddy? 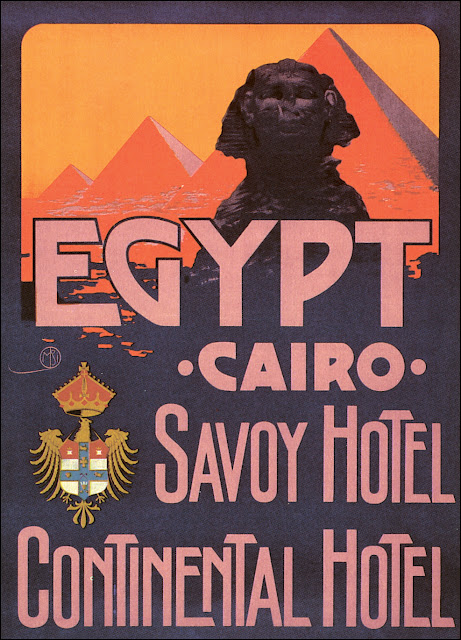 
Sometimes you can get an idea for a character from an image with no people in it!  Here's a travel advert for two hotels in Egypt, circa. the 1930s.  The poster has some serious atmosphere to it.  Makes me think of old spy movies, or maybe an Agatha Christie mystery, or one of those old biographies of the Great Explorers like Stanley Livingston or Amelia Earhart.  Who might I be if I were sending letters from here? 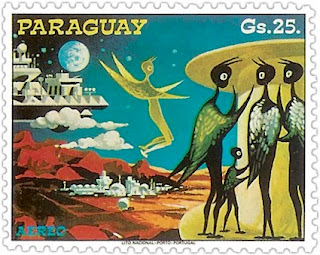 Sometimes postage stamps can inspire a character.  This one from Paraguay has so much fun stuff going on in it.  Could my character be one of those ETs?  Or an astronaut visiting this planet? What sort of person would use this kind of stamp on their letter? Just think of all the fun adventures you could write about this city in the air!

But nothing says you have to be human!  You can be an animal, a puppet, a star, or a machine.

What to call yourself is a matter of matching a name to the idea of who you want to be.  But how to do that? One way is to think of who your character is and relate that to the names of real or fictional people.


Say I've decided my persona is a writer.  Some names of writers come immediately to mind:
Mix and match first and last names to create one for your writer: Charlotte King or Clancy Dickens or Laurie Rowling or Thomas Jacques.


You can also try using a name generator. This one is pretty straightforward.  You indicate the character's gender and just keep clicking the generator button until you find a combination of first and last name that works for you.

Image of the name generator
(Nonfunctional - you need to go to the site for the real one!)


I tried it just now and got the following options:  Grace Dunbar, Twila Millon, Lauralei Wolf, Arden McCall, and Darla Ward.  (There are a gazillion other name generators out there.  Just search on the phrase name generator.)

If you want your persona's name to have a little more depth of meaning, try the Behind The Name website. the results are richly detailed, which can provide more back story potential.  I typed in my real first name (Judith) and got back a picture, name meaning, pronunciations, history, links to related names, variants and diminutives, and versions of the name in other languages. 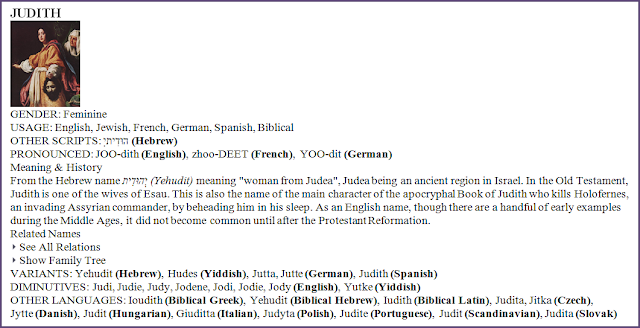 Inventing the Back Story


I've found it helps to work up a description and history for my fictional letter writers.  Here's a helpful checklist to get you started.
This is just the beginning, but you can see how detailed you can get.
You might find these resources helpful in creating a description for yourself:

ReadWriteThink - an educational website has this PDF for creative writers that includes a variety of character descriptions by well-known authors.

i09, a daily online publication that "covers science, science fiction, and the future" has this wonderful collection of character descriptions from SciFi and fantasy books.

If you are really into creative writing, you might find writing a fully-fleshed out character sketch a useful activity for creating your letter-writing author.  This teaching site has a definition and extensive example.

One final resource - a book I received for my birthday this year: Jeff Vandermeer's Strange Tales of Secret Lives. (ISBN: 978-0809510887) Here is the Amazon blurb.

"In this new collection by World Fantasy Award winner Jeff VanderMeer, the secret lives of librarians, doctors, lawyers, university students, bank tellers, sex shop clerks and dozens of others are revealed for the first time. Ordered by profession, these short-short stories range from the hilarious to the somber, the absurd to the revelatory. Using real people as the springboard, VanderMeer has created a rich blend of the factual and the imaginary in which everyone gets the secret life they deserve. A luminous little book meant for dipping into one secret life at a time."

. . . ok, now you've got a writing persona in mind And you are probably asking yourself, "To whom can I write my imaginary letters?"  Stay tuned.