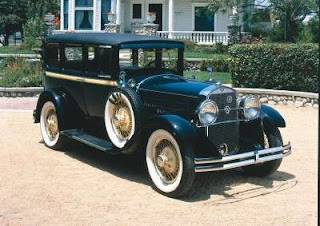 Two of my brothers, The Captain and Storyteller, love cars.  I mean they love cars!  Between them they've bought, repaired, sold, and owned dozens of cars over the years.  Storyteller, especially, has the eye for fine old machines (for which he is an artist at bringing back to glorious, well-running, well-painted life).  The Captain seemed to have a knack for finding those cars we liked to describe as being owned by sweet, old grandmas who only took them out of the garage once a week to drive to church and the grocery store.


My Beloved Spousal Unit -- he who can turn a phrase with the precision of a metalworking lathe master and the wit of a Samuel Johnson -- has developed the knack for finding interesting old typewriters of the Sunday drive variety.  In the past 2 weeks he has found two at two different Goodwill stores.  One was made in the 1970s and the other the 1940s. 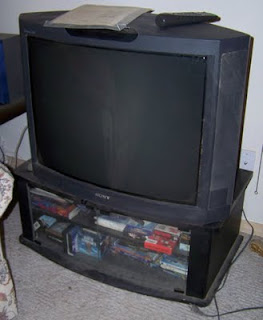 I'd pretty much given up finding decent machines at our main store after they rearranged the shelving to be able to sell all the old monster TVs people donated after buying new monster, flat screen TVs. 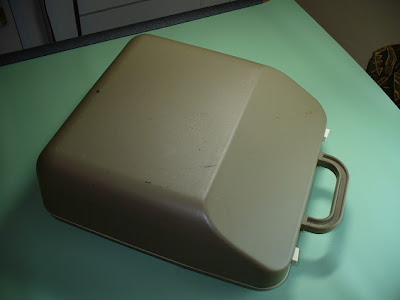 Ms. Bagalini's typer  had a black plastic cover, giving the machine a bit of a penguin flair.  The machine I have has a taupe/grey cover; the typewriter itself is only slightly lighter in shade. 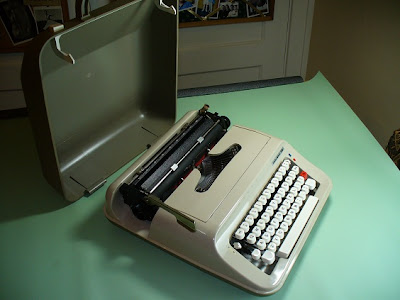 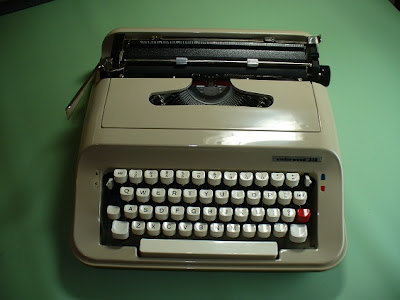 The 319's profile is lean and unassuming. 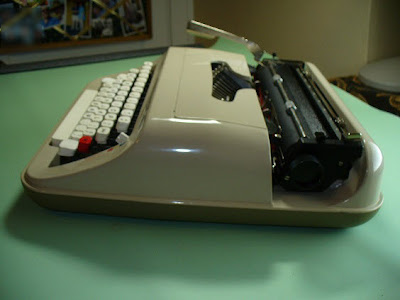 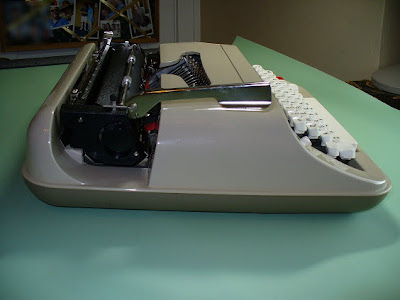 The keys of the 319 are 'pillowy' and horizontally narrow.  Also narrow is the space allotted for the rows of keys.  I have large hands and find it difficult to type evenly on this machine.  The action of the keys, though, is pretty snappy. 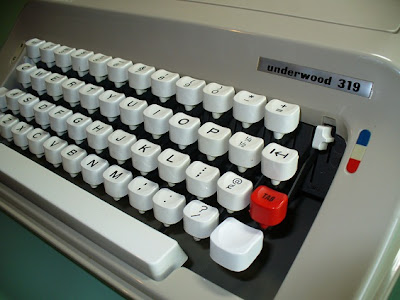 
Alan Seaver, on his very grand site Machines of Loving Grace says of his beautiful 1940s-era Sterling "this is one of my favorite typers, both to look at and to use."  I very much agree. 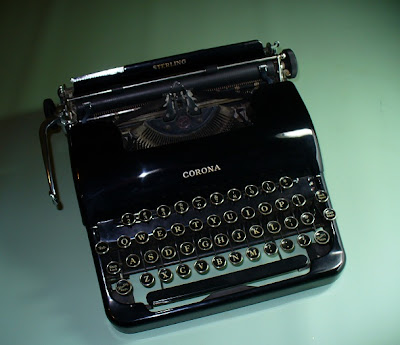 I was in the book section when my Beloved Spousal Unit came over and said that there was a typewriter "I might want to take a look at."  It was the excited tone in his voice that caught me (for had I not recently told him that I'd decided I wouldn't be getting any more machines?). 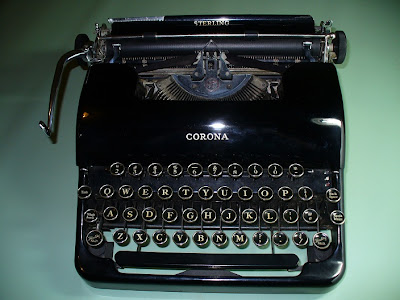 Its case looked a little battered, but I knew immediately there was something of beauty within!  When I opened it up, though, I think I actually gasped in surprise. 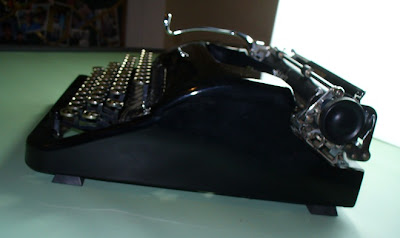 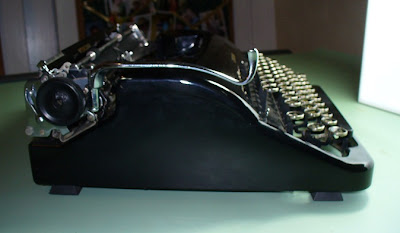 After running through the usual check to make sure all the parts were working, I got out the small sheet of paper in my wallet "just in case" I need to type something in a store such as this.  The classic phrase The quick brown fox jumps over the lazy dog emerged.  My husband and I both laughed.  You could tell by the sound alone that the machine was in beautiful condition! 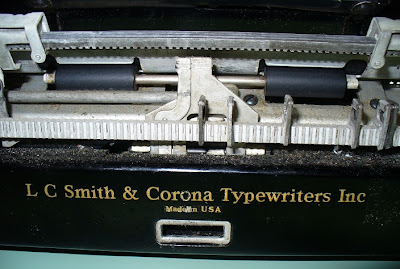 So, Dear Reader, this is when I realized I had become a Collector.  At least of this machine.  Owning this one, I realize there are others in my collection I no longer "need."  But when and how those others move on to other homes is a tale for another day. 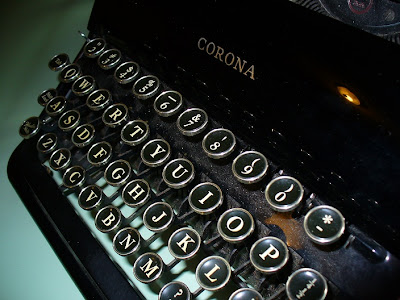