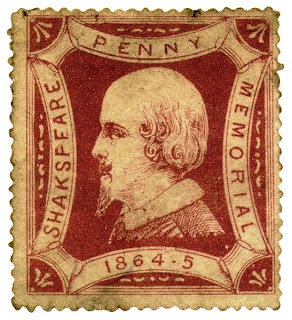 
Whilst scrounging through some storage boxes the other day I came upon a book I'd forgotten I had.  Rather perfect timing, I'd say, given my latest preoccupation with letters and postage, real and fictional. 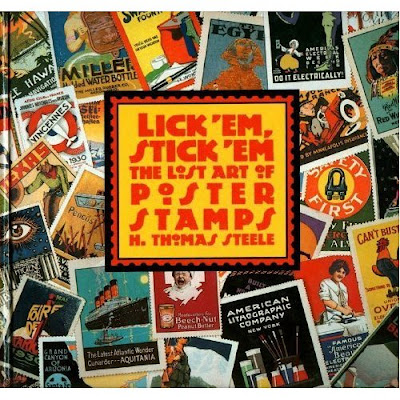 
"The poster stamp was an advertising label, a little larger than most postage stamps, that originated in the mid-19th century and quickly became a collecting craze, growing in popularity up until World War One and then declining by World War Two until they are now almost forgotten except by collectors of cinderella stamps.

The first poster stamps were inspired by the invention of the postage stamp. A perforated label was produced in England in 1864 to celebrate the 300th anniversary of Shakespeare's birth and in Italy a label was produced in 1860 to celebrate Garibaldi's expedition to Sicily during the campaign to unify Italy. Commercial interests soon realised the publicity potential of the stamps and they were quickly adopted for the promotion of every type of product and cause. Poster stamps were also widely used by both sides during World War One as political propagnda."

I scanned a few of the images to give you the flavor of this wonderful book.  It's out of print now but I saw a number of copies for sale online. 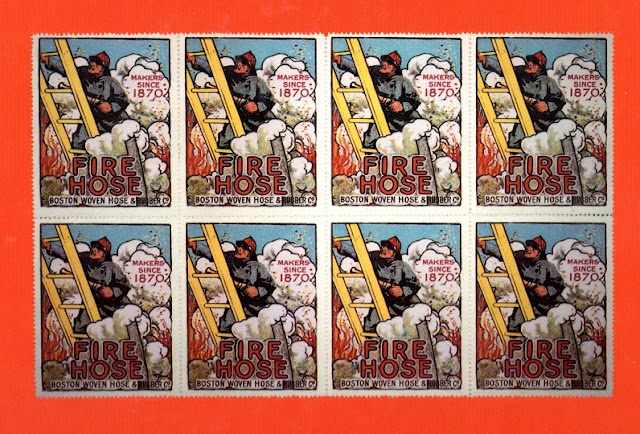 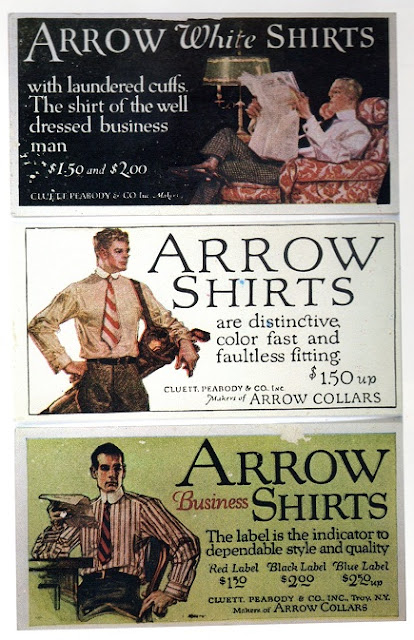 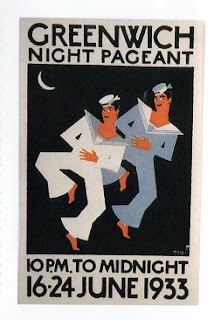 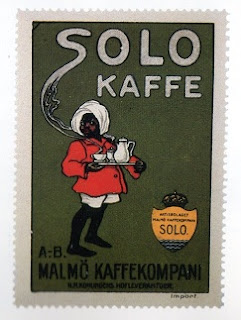 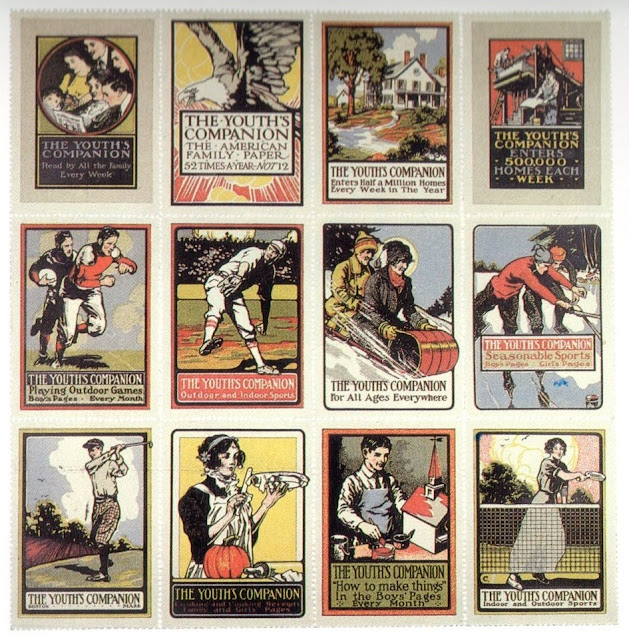