Where Things Shall Be Made

I come from a large family and the old farm house we grew up in, while large-of-room, was also limited in its number of bedrooms.  So I spent most of of younger years sharing space with several of my sisters while my brothers shared other rooms.  For a time the only space I had for my own things was under my bed.  While there were downsides to the arrangement (at some point I was shifted to the top bunk and there went my place for things), it meant that I got to be up close when my many creative siblings were making stuff.

It's a powerful thing to have a space to create - the room of one's own notion.  I can only dream of having a studio like American painter John Singer Sargent. 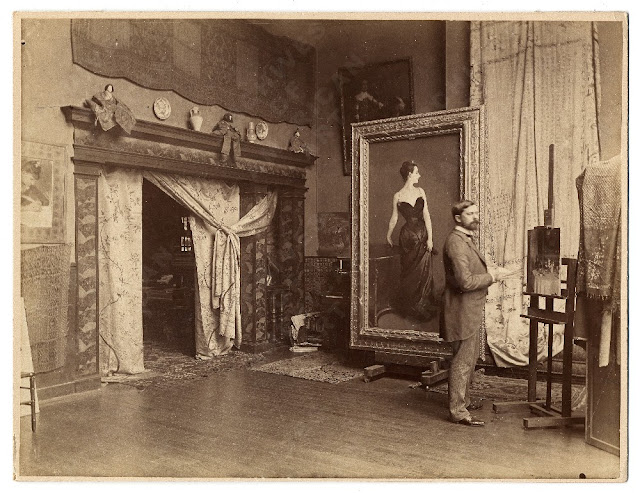 John Singer Sargent in his studio.
From Archives of American Art

But, like many art making people of the current era, the making must be a part-time endeavor with part-time space allotted for it. So I feel very fortunate that I've been able to pull together two spaces in our rather contained flat for my creative work. 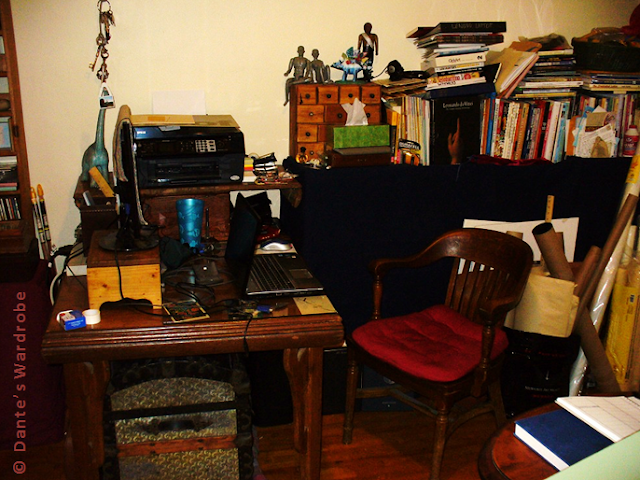 One of our main floor bedrooms has served triple duty as a work area, writing studio, and, occasionally, as a guest bedroom.  With the addition of the drafting table I first posted about in early February, I finally have a place for drawing the larger-scale works I've been percolating on for some time. 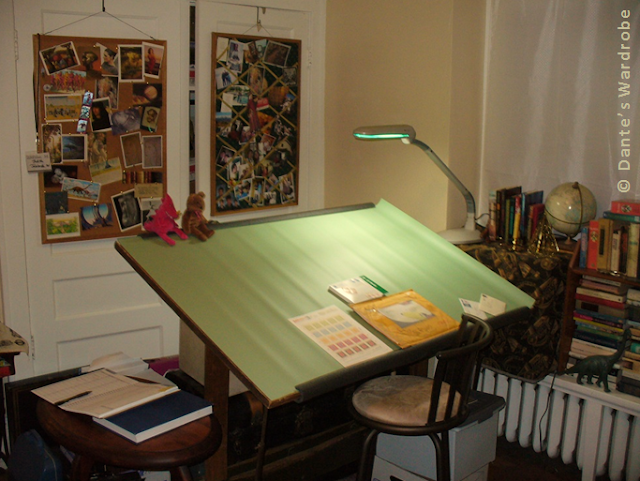 And in the basement, I've managed to carve out a space for more craft-oriented makings.  The desk is a fine piece of golden oak with the added bonus of a spring-loaded typewriter desk.  The side trestle table currently holds the found clocks, boxes, and other miscellany that I am redesigning/repurposing as an entrepreneurial extension of last summer's wizarding theater project. 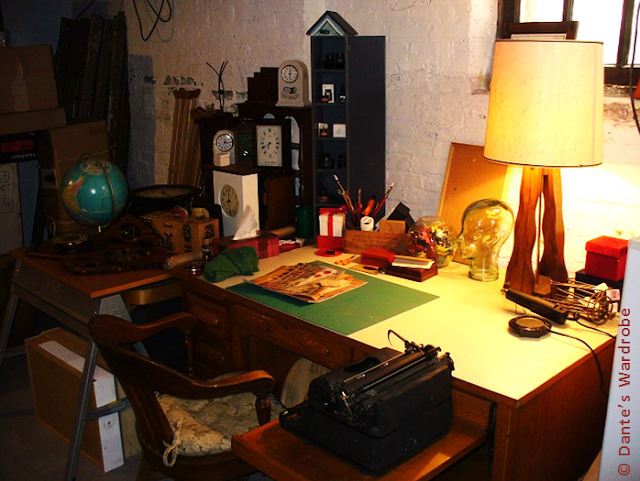 I shall continue to daydream of a someday studio like Sargent's - with tall ceilings and much open space.  Until then, these two areas are the locales for imagination and creation.