Packages for an Imagined Event: Item 9 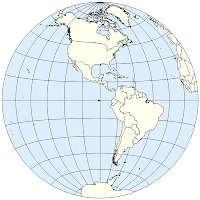 Image source: Wikipedia
Our world-building for the Summer Wizarding Event was extensive.  In addition to creating the back story and current set up for our unique school of magic, we invented an entire series of schools throughout the Western Hemisphere.  Their histories were not as detailed; indeed the information changed depending on the world builder!  For our main story, there were three other locations that were mentioned in the pre-event monthy newspaper: Canada, Mexico, and the Pacific Northwest. 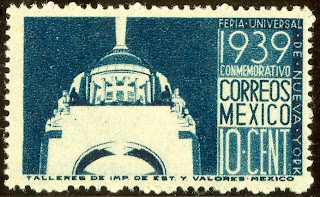 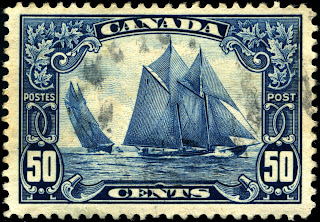 Image source: Wikipedia
In writing the many letters our students received, I created fictional letter writers, several of whom were currently studying or had studied at the Canadian and Mexican schools.  (Our official WandMaster -- the craftsman who created all the students' and teachers' wands on his lathe -- was stationed at the Pacific site.)

One of the wands he crafted.
(Each wand was made of 2 different woods
which were affixed to each other with hide glue.)
The fictional sender of Package 9 had the unique privilege of having been a visiting student for one term at our Midwestern institution.  It was obviously a special memory for her since as she wanted to share in the traditional First Years Welcome Letters project! 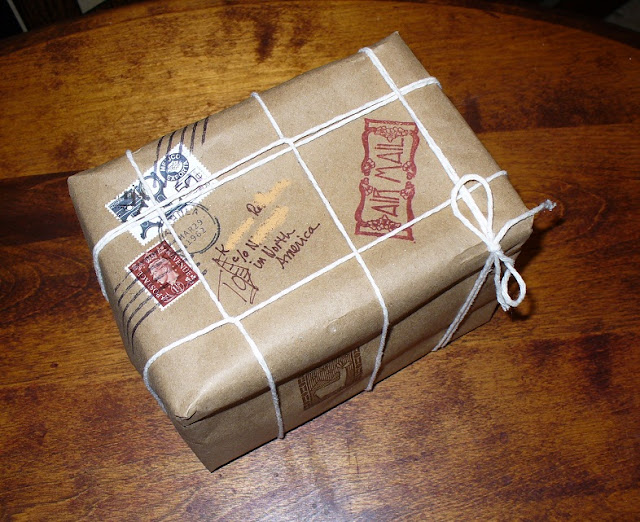 This package measured about 7x5x4.  Correctly stamped and tied well, the address, however, showed a wizardly disregard for specifics!  But our trusty Pony Express rider had no problems delivering it, being of wizardly bent herself! 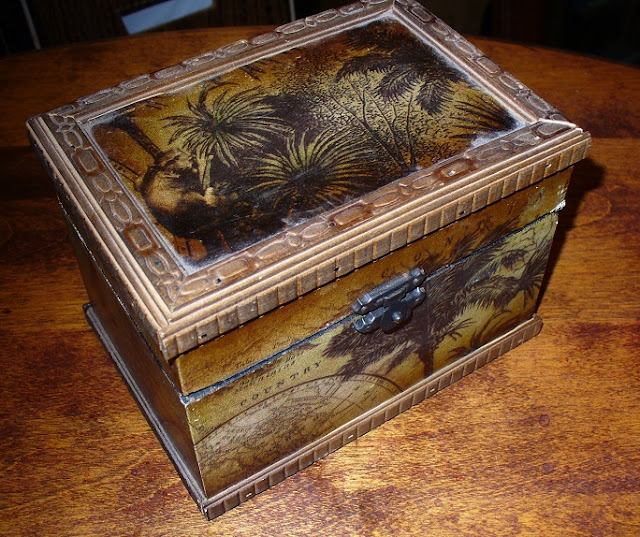 The box (found at Goodwill for $1.99) had a lovely, Old World feel to it. (And only in setting up this post did I realize the front side of the box had an image of a globe on it!)  It had a clever clasp and was a little battered, as if well-used. The interior of the box was flocked with black, making it seem a bit like a "treasure box."  I let that be my guide as I looked for the items it would hold.  The first was a brass tea light holder - fictionally christened as a Fire Lamp.  In the black faux suede bag I put a handful of multicolored glass stones.  The 12-card set came from my box of special past treasures.
Back in the 1990s when I owned and operated a rubber art stamp mail order company -- the first Dante's Wardrobe -- I corresponded with well-known Seattle-based artist Teesha Moore. 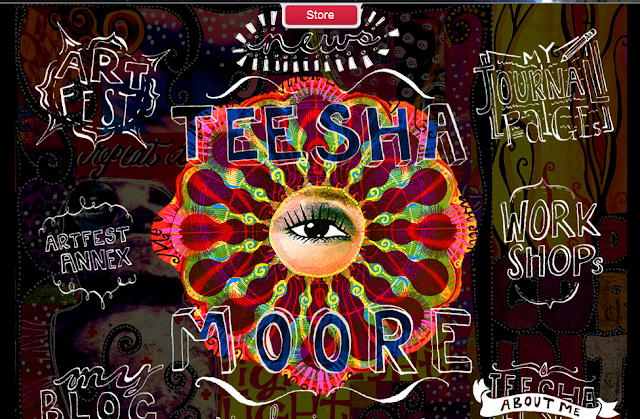 Screenshot of the home page of Teeshamoore.com
She was the then designer/owner of another rubber stamp company called Ornamentum. The card set was one of two decks she sent me, creations of her own hand.  Unbeknownst to her, the young lady who received this package also received a piece of mail art history! 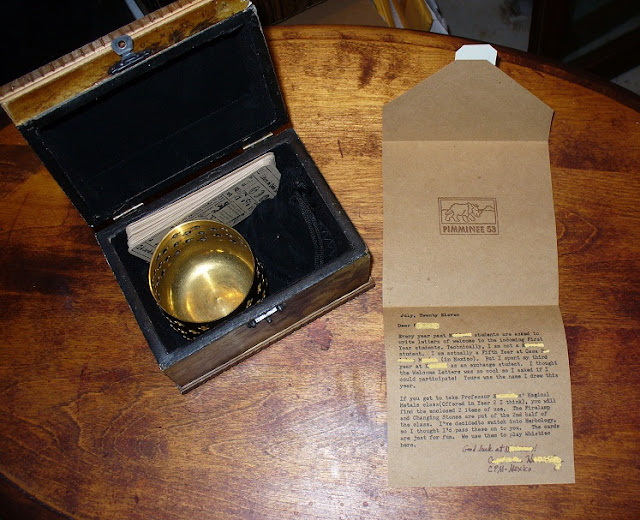 The items fit neatly into their box.  All that was needed now was the letter.  Writing the letters always made me nervous at first.  I wanted each letter to be unique.  As the deadline for Event Day loomed, and I worked more quickly on the packages and other props, the pressure to remain focused on the individual child who would open the package became more noticeable.  Fortunately, the image of each child (whom I did not know and, most likely would never meet) and the finished collection of items for each gift acted as a kind of lodestar for each letter. 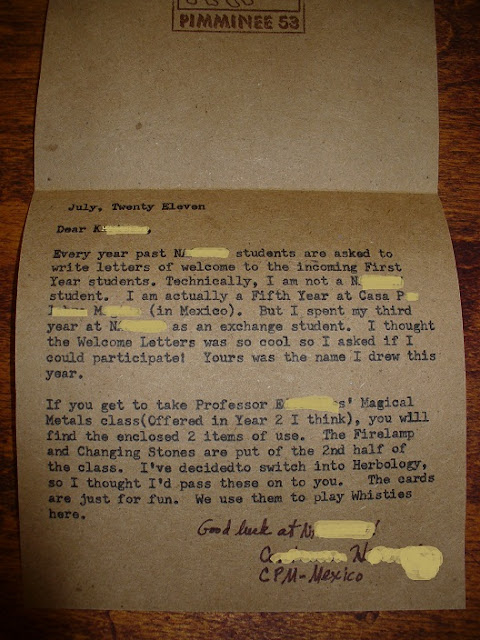 I broke out one of my typewriters for this letter and one of the faux postage stamps I'd designed for my one-time rubber stamp business.  The stationary was  a leftover sheet of heavy drawing paper.
TEXT OF THE LETTER 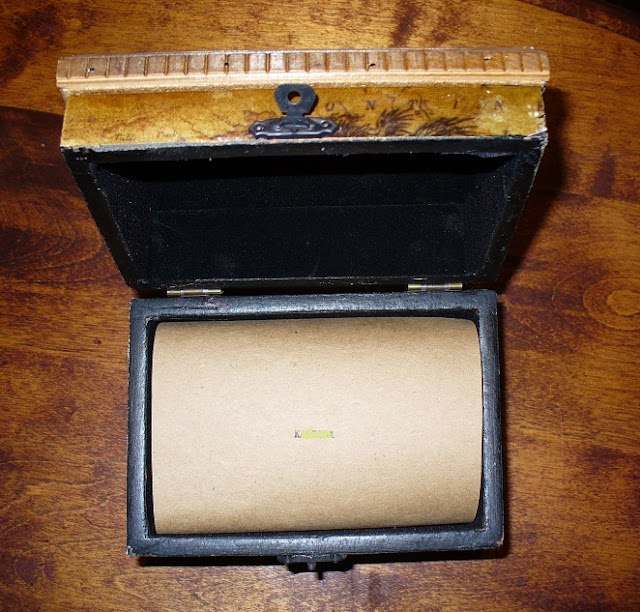 The letter was trimmed to fit neatly in the box and the whole package wrapped for delivery.  I sat back, relieved, only 10 more to go!
* * * * * * * * * * *
The posts describing these imaginary postal packages can be found grouped here under the tag faux package.
Posted by J.A. at 4:05 AM