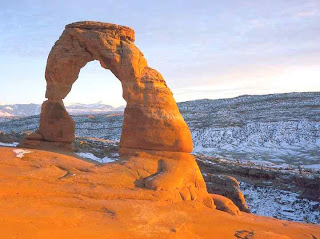 Tales from afar continue to appear in my mailbox.  Recently, we learned that there is a man apparently willing to fund an archaeological expedition!  Who says old-fashion patronage is dead? (Note: a previous, unarchived postcard showing a large stone structure similar to the one pictured above, described the possible identification of a long-lost tribe tagged humorously by the archaeologists of that time as 'The Donut People.') 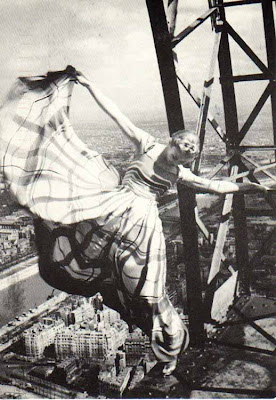 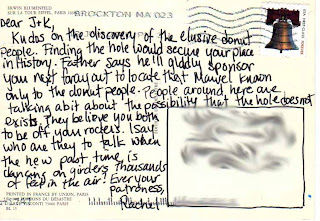 TRANSCRIPTION: "Dear J & K, Kudos on the discovery of the elusive donut people.  Finding the hole would secure your place in History.  Father days he'll gladly sponsor your next forway to locate that Marvel known only to the donut people.  People around here are talking a bit about the possibility that the hole does not exist.  They believe you both to be off your rockers.  I say who are they to talk when the new past time is dancing on the girders thousands of feet in the air? Ever your patroness, Rachel."
Posted by Judith at 5:01 AM 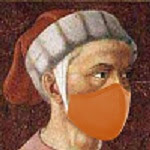