As much as I love to read, I also love books that have no words.  This spring I finally read the two noteworthy woodcut novels by Lynd Ward: God's Man (Dover, 2004 - a republication of the original 1929 book) and Mad Man's Drum (Dover, 2005 - republication of  original 1930 book). The works are stark, both in their imagery and stories. 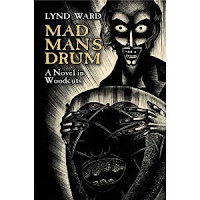 Technically, Brian Selznick's The Invention of Hugo Cabret (Scholastic Press, 2007) is not wordless, but the plethora of images in their detail and boundless extravagance leave a memory that is more picture than text. It is an illustrator's tour de force. 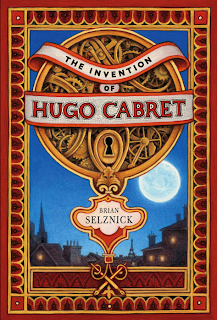 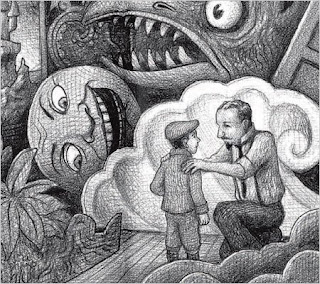 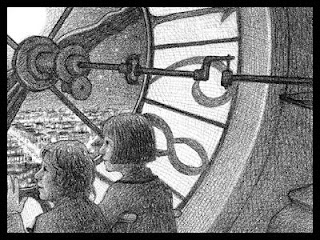 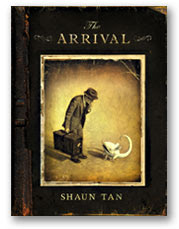 [from Shaun Tan's website description] "The Arrival is a migrant story told as a series of wordless images that might seem to come from a long forgotten time. A man leaves his wife and child in an impoverished town, seeking better prospects in an unknown country on the other side of a vast ocean. He eventually finds himself in a bewildering city of foreign customs, peculiar animals, curious floating objects and indecipherable languages. With nothing more than a suitcase and a handful of currency, the immigrant must find a place to live, food to eat and some kind of gainful employment. He is helped along the way by sympathetic strangers, each carrying their own unspoken history: stories of struggle and survival in a world of incomprehensible violence, upheaval and hope."
The illustrations are well-crafted both technically and artistically.  Their content is subtle, amused, tender, terrifying, and exceedingly poignant.  For me the tale works on multiple levels: the art, the storymaking, the actual tale of the immigrant, and the utopianesque quality of the new land. 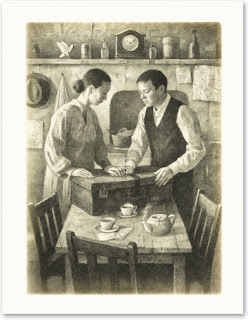 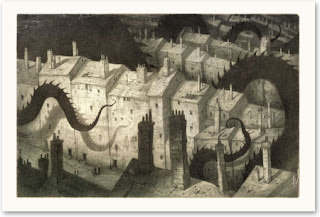 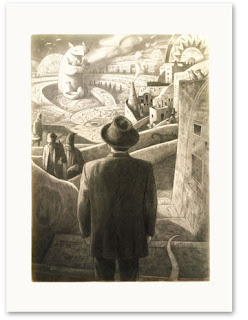 The Arrival has inspired two theatrical productions in Tan's native Australia.  Below is the advertisement snippet video published for the most recent show.  Although inevitably different from the book, it still captures the whimsical and heart-full quality of the original tale.
Posted by J.A. at 6:08 AM