Packages for an Imagined Event: Item 4

Image from
Clipart ETC (part of the Educational Technology Clearinghouse)
When the Summer Wizarding Event actor who planned to play the Post Delivery Person was unable to do so, I volunteered to fill in. Thus I found myself in the wonderful position of being able to see the children open the packages I'd spent so many weeks creating. But being in character -- I was a Pony Express Rider in full Western-y get up (sans horse, who was reported to be "out back getting her oats and water from the School's Groundskeeper") -- and handing out packages to 19 very excited kids, meant I only saw a few of the items actually being opened.
So I feel especially happy to have seen this particular package opened by a quiet young fellow. I didn't know him, of course, but in creating the gift package I imagined a boy with hopes and dreams of being a wizard. Little did I know how well I imagined! 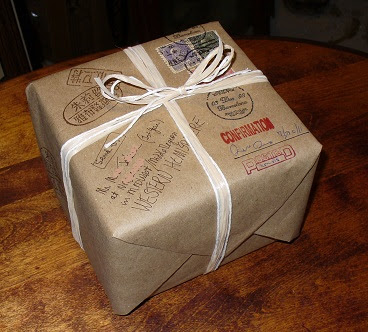 This box was on the larger size, measuring about 8.5 x 8.5 inches. This gave me a little more space to play with the postal markings.

The two brown Oriental images on the top left are "chops." A chop is the colloquial term for a seal, often carved into a soft stone, used as a stamp in place of a person's signature in personal documents, formal paperwork, legal contracts, art works or drawings, or any item requiring the designation of of the author. In this case, the chops are those of my Beloved Spousal Unit and myself! (My sister Cee had them made for us some years back when she was studying in China.)

The postage stamps are from different countries, selected simply for their colors and the fact that all had faces in profile as their image. They were already postmarked, so I added the round Barcelona marking from my personal collection. In this case, the stamp was one I'd designed in the mid 1990s for the original Dante's Wardrobe, a mail order rubber stamp company I owned then. 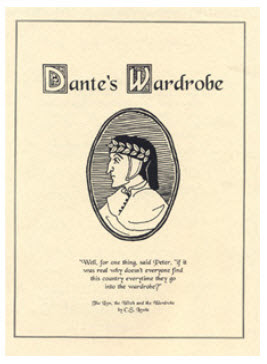 This was the cover of my mail order catalog.
And to make it look like it passed through Customs, I used some business correspondence stamps I found at Office Depot, and scrawled the signature for the imagined Customs Official.

This image is from Rubberstamps Now.
As for the contents . . . each gift package began with a single item.  I would sit with it for a little bit and imagine the context for the rest of the gift.  And there were goals for each package (as mentioned in the Package 1 post).  The central item for this package was a small, copper cauldron, about 4 inches across, with a 3-strand, brass hanging chain.  I found it at Goodwill for 99 cents. 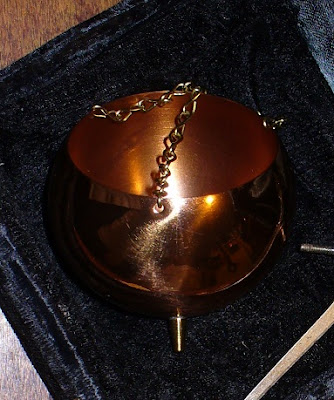 I had earlier found an odd, large-ish, 'furry' black box with indentations inside for some sort of roundish objects.  A cool aspect to this box was the gold-colored closings. 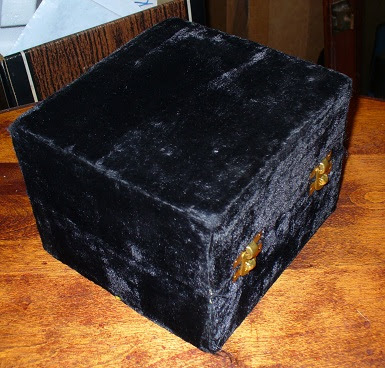 This made me think of a possibly geeky kind of upper level student who had a little treasure box of tools he or she might have used when doing wizardy homework assignments.  I looked in my stash of found, donated, and bought items to see if I could expand the idea a bit.  Fortunately, I had the perfect extra items: an old slide rule and a metal drawing compass. 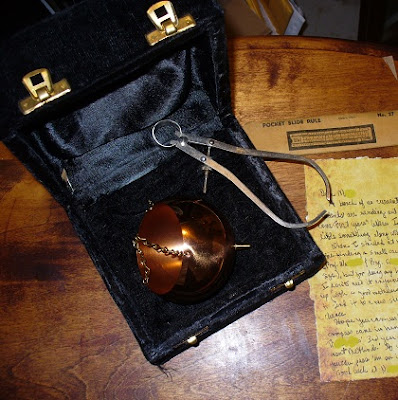 The letter that accompanied this package came together quickly, given my idea about its imagined former owner.  I made the old-looking paper by printing a parchment graphic image on both sides of sheet of off-white card stock paper which I then "trimmed" by tearing off the edges by hand carefully all around. The image was one I'd found via Google Images (under the search phrase old parchment paper). I aged the color of paper a bit by tweaking its color and contrast using the Picture Tools function of Microsoft Word. 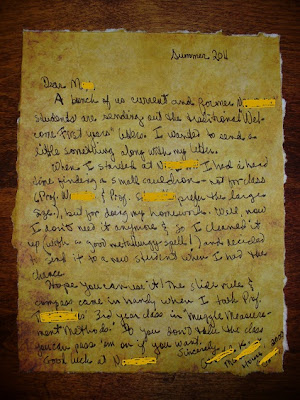 Text of the Letter:

As I mentioned, I got to see the young man who received this package actually open it.  The students were all sitting along the wall of two adjoining rooms, eating their lunches, when my Pony Express Rider self made her entrance.  The boy was sort of tucked away in a corner.  It was still early in the day and the kids were still getting to know each other.  He seemed a little shy perhaps.
I called out his name and managed to mispronounce it!  He corrected me, politely, then sat down to open his package.  I was standing close by handing out other packages when I happened to look down just as he opened the black box.  He carefully raised the cauldron by its chains and half whispered/half spoke to himself: "A cauldron!"  Then he shouted out to the group excitedly, "I got a cauldron!!"
Later in the evening, when I made another visit (in my character as the Editor of the monthly newspaper I'd been creating for them over the past 5 months), I saw him again at the end-of-day party.  He had the box clutched closely to his chest as he ran around.  Several weeks later still , when going through some pics our event photographer sent me for the final issue of the newspaper, I saw 2 of him in one of his "wizarding classes."  In both, he was actually using the cauldron, and had the black box nearby. What a delight to know this particular gift matched its recipient so well! 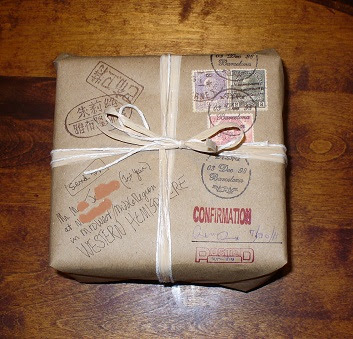