Leaving a place, leaving a space 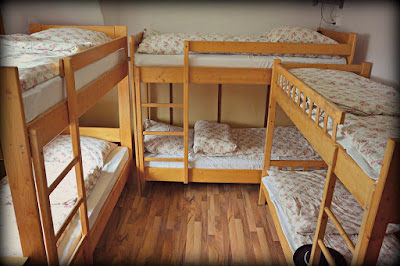 Growing up, as one of 10 children, personal space was at a premium. There were only 3 bedrooms so we--5 girls and 5 boys--typically doubled, tripled, quadrupled, and quintupled up, depending on how many children were in-home at the time. At one point, I shared the largest of the bedrooms with all 4 of my sisters: 2 bunk beds and one single. It didn't look like the above image, but it certainly felt like it.


As the 2nd youngest girl child, though 7th in the lineup, I didn't have much say in which bed was to be mine. For a time I had the bottom bunk and it was heavenly. It meant I had a space--below--to put my stuff. Said stuff was minimal and consisted mostly of a few library books, toys, and shoes. But it was my space and it was a glorious thing to my young self and much treasured.


At some point, and I don't recall why, I got shifted to the upper bunk. There went my private space. Space and privacy are at a premium in a large family. I am sure my siblings felt as aggrieved as I, but one copes.

Something stuck with me from that experience, though. I developed the ability to make a space my own, no matter what the space configuration, size, or duration and no matter what small amount of furniture I could cobble together from yard sales, Goodwill, or hand-me-overs.[1] An 8x8 foot dorm room in grad school became a haven that I filled with my books, a typewriter, a bike, a guitar, a small (contraband) kitchen setup, and such art as could be tacked to the one open wall without nails.

My first all-my-own apartment was in Washington D.C., in the Turkey Thicket neighborhood of Brookland.[2] It was in a building like the one at the right. It had one bedroom, a skinny bathroom with a rusty tub, a galley kitchen (that was the home of a fair colony of cockroaches), radiators that hissed and clanked, and two wonderful rooms with beat up wooden floors: the small dining and living rooms. There were safety bars on the windows (which didn't stop someone from throwing a kitchen knife through a back porch window one night) and, for a while, a drug dealing duo lived in the flat above. (I recall one evening hearing a knock-down fight up there with lots of yelling. I opened my door to yell at them to keep it down, only to see two of my students fleeing down the stairs, utterly terrified.)

Some 30 years later, some many apartments and two houses later, I retain the make-the-space-good-while-you-have-it mentality. I did this for 2019 where, for most of the year, I worked at a local university. Yesterday was my last day there. I'd been striking the set for a few weeks, bringing home small things I could hand carry: books, pictures, a flock of dinosaur toys. Here are a few pics from my starting weeks to the end. 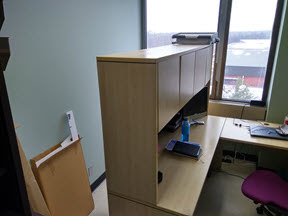 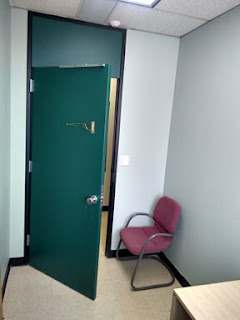 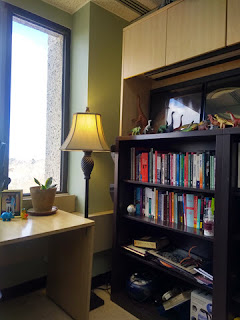 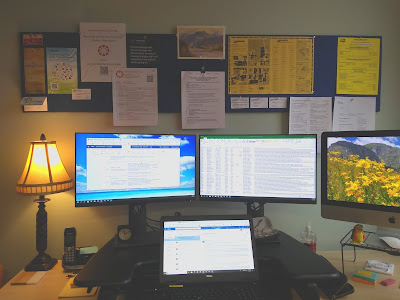 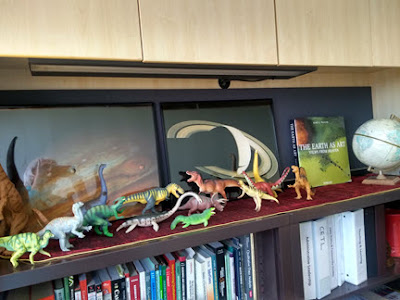 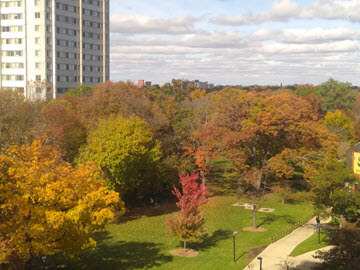 One of my favorite pieces of "art" was a framed image of Star Trek's Spock, a promotional poster I saved from my D.C. days when I was an assistant manager for the now defunct B. Dalton Bookseller. The poster was for the then, newly published Spock's World, by Diane Duane. [3] 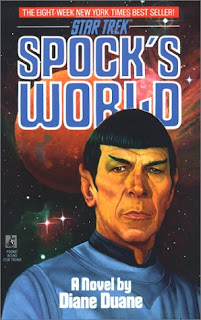 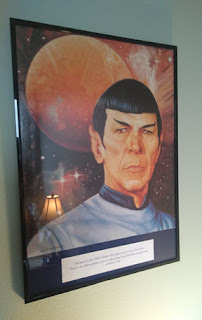 The text below the framed Spock is from Duane's book:

“The spear in the Other's heart
is the spear in your own:
you are he.

There is no other wisdom,
and no other hope for us
but that we grow wise. 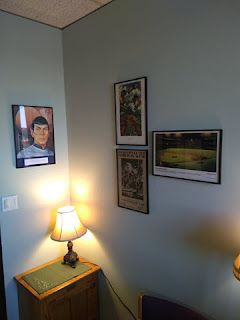 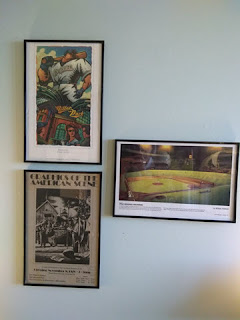 The day before my last day--after the wall art had been removed, the dinos taken home, the books donated or returned to my home library, and the curtains taken down--my colleagues threw me a small goodbye party. I'd never had one before; it was so kind of them. 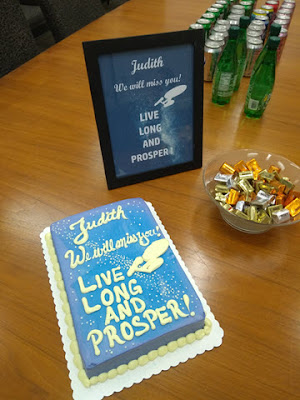 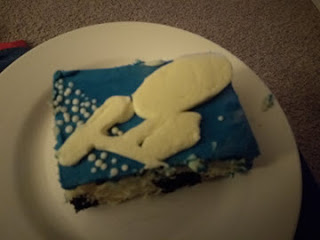 There are two pieces of the cake left. We'll have them tonight.