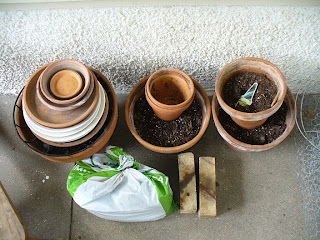 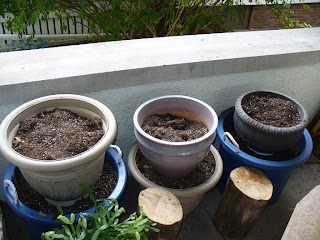 After an uneasy and unusually cool summer, September enters with its fading light and chill, clear air.  And this summer's porch garden is being decommissioned in stages as I harvest the herbs and tomatoes. 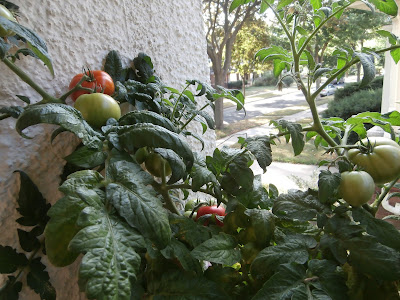 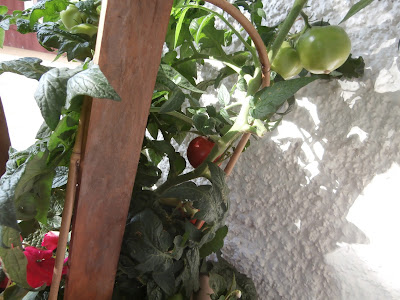 The impatiens, which I got only to fill in the holes between what I thought was going to be a fulsome kitchen herb garden, were one of the few the survivors of the too-cool summer.  Though now, I have to say, they are looking a bit gassed for it. 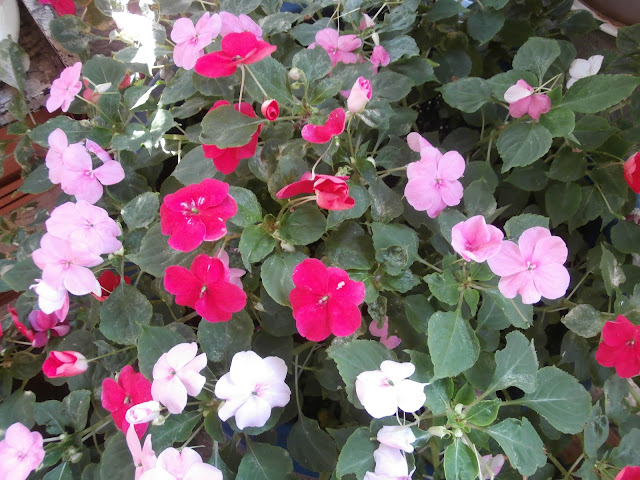 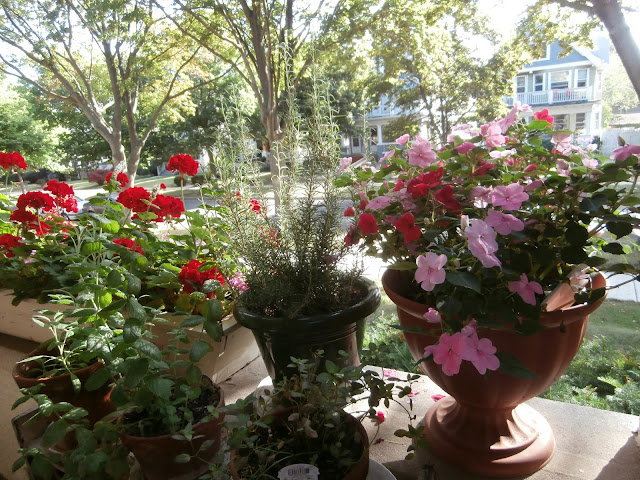 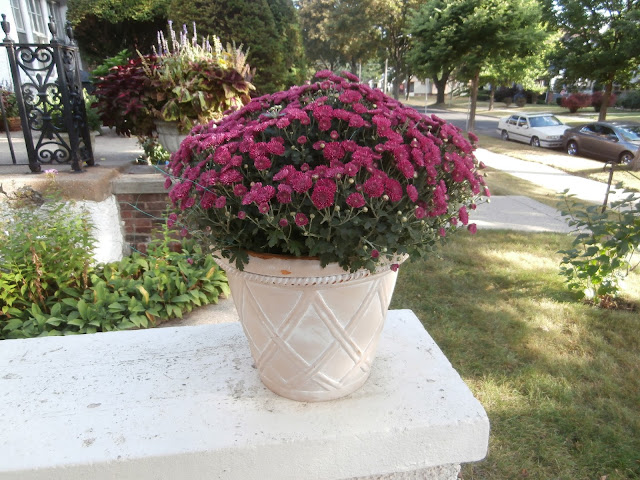 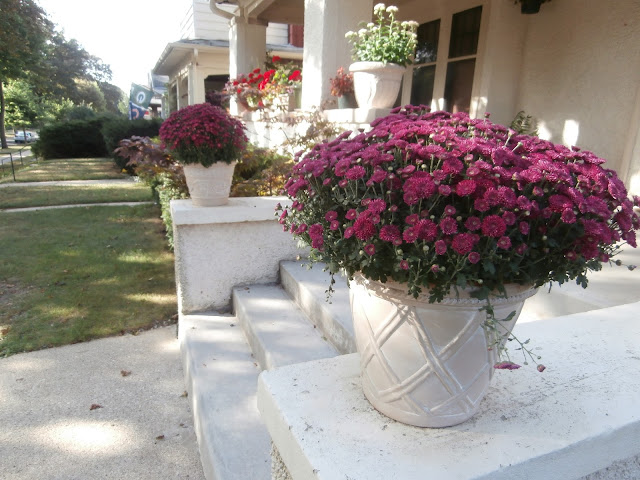 And as if to deny the upcoming Autumn solstice, the geraniums are presenting a voluminous profusion of second-wind blossoms. 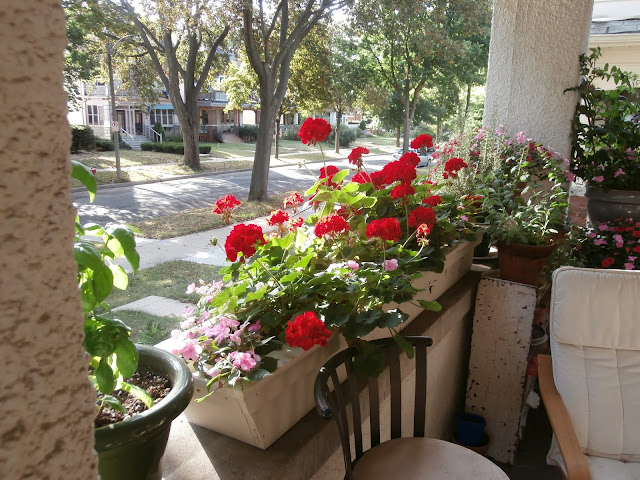 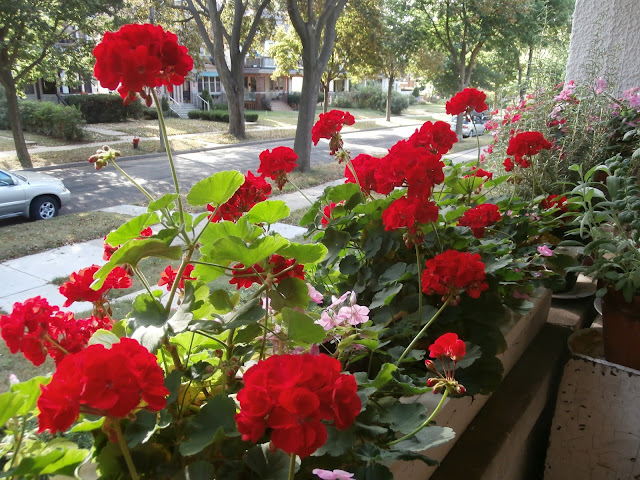 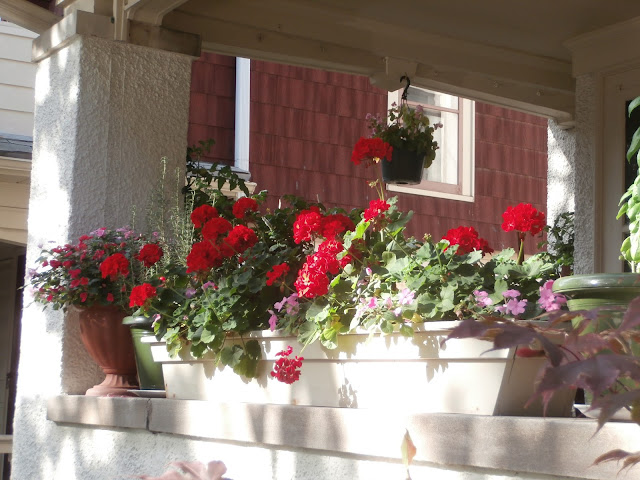