Worlds of Our Own, Finale 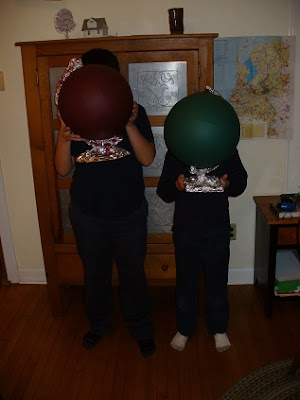 After the last (4th) coat of chalkboard, the Planeteers, holding the final version of their globes, re-create their pose from Day 1. Then we got down to the final doings.

First up - after a little goofing around - they boys removed the tin foil that protected the globes' metal parts when we were painting. 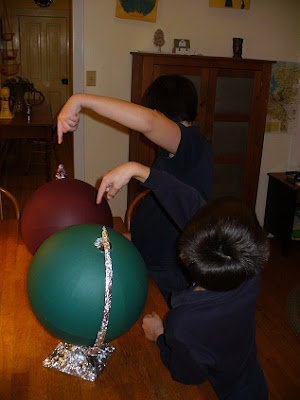 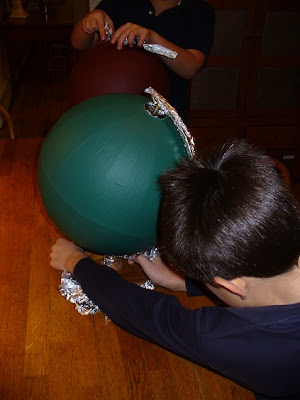 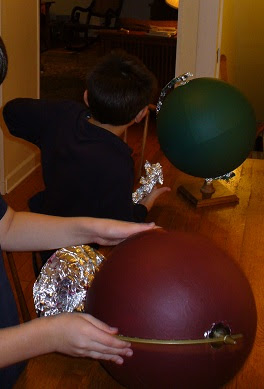 The directions on the box for the the paint stated that after the final coat cured for 3 days, one had to prepare the surface by rubbing chalk all over it. 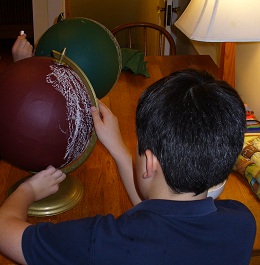 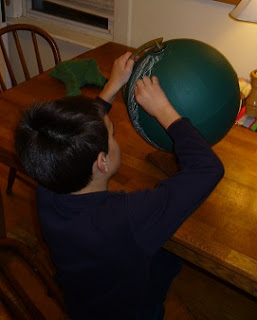 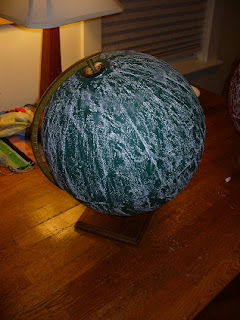 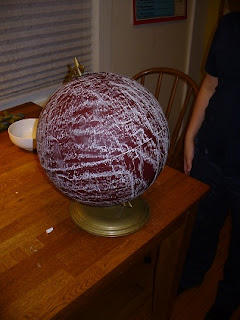 Then, the chalk was rubbed off. (We used heavy cotton rags that had once been an old bedspread.) The remaining surface was pretty smooth - not quite like an old fashioned slate chalkboard, but nice. 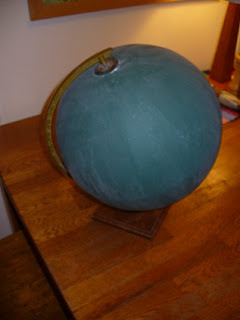 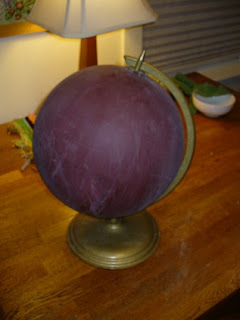 Then the 2 Planeteers began to create their new worlds! 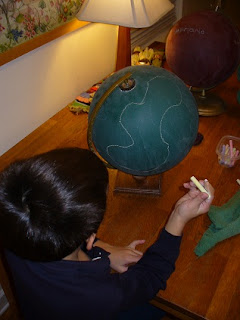 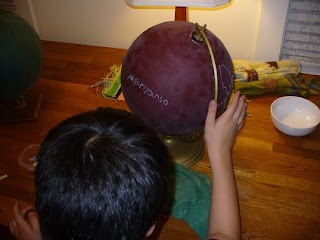 It was a challenge at first; the chalk didn't create as fine a line as Boy1 hoped.  He wanted the names of the continents and islands to be smaller, like on a real globe. Boy2 started with the landmasses first. A few days later, the creations were complete. 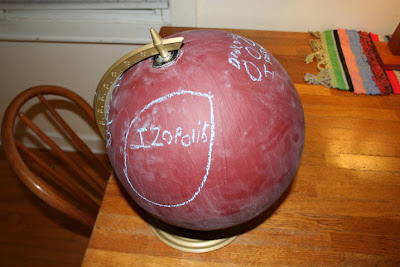 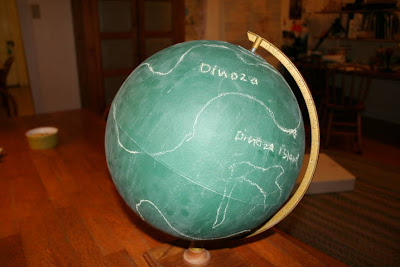 And here we have a final pose, and a list of the new lands of one of the Great Chalkboard Planets. 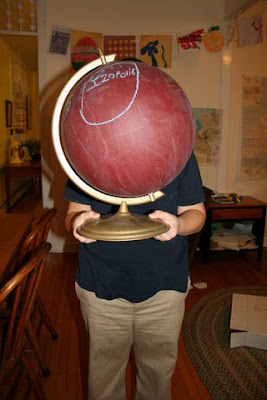 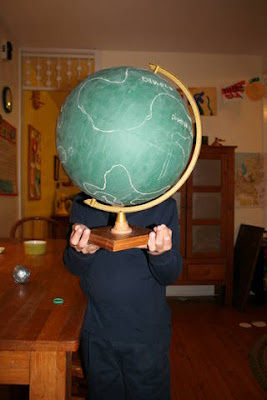 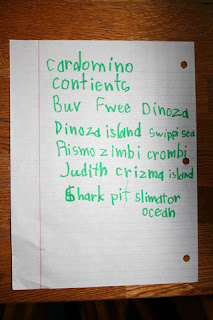