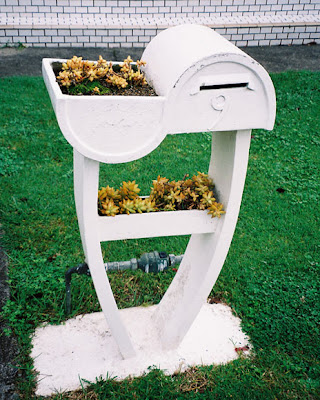 This and dozens of other Australian letterboxes were 'discovered' by Alan Waddell.
[from Wadell's website: "Alan Waddell was encouraged by his doctor to take up walking. After a while, repeating the same route every day became boring. So Alan Waddell decided to walk every street in his own suburb. In December 2002, this idea of walking every street was expanded to include neighbouring suburbs and so his odyssey began."]
Posted by J.A. at 5:12 AM