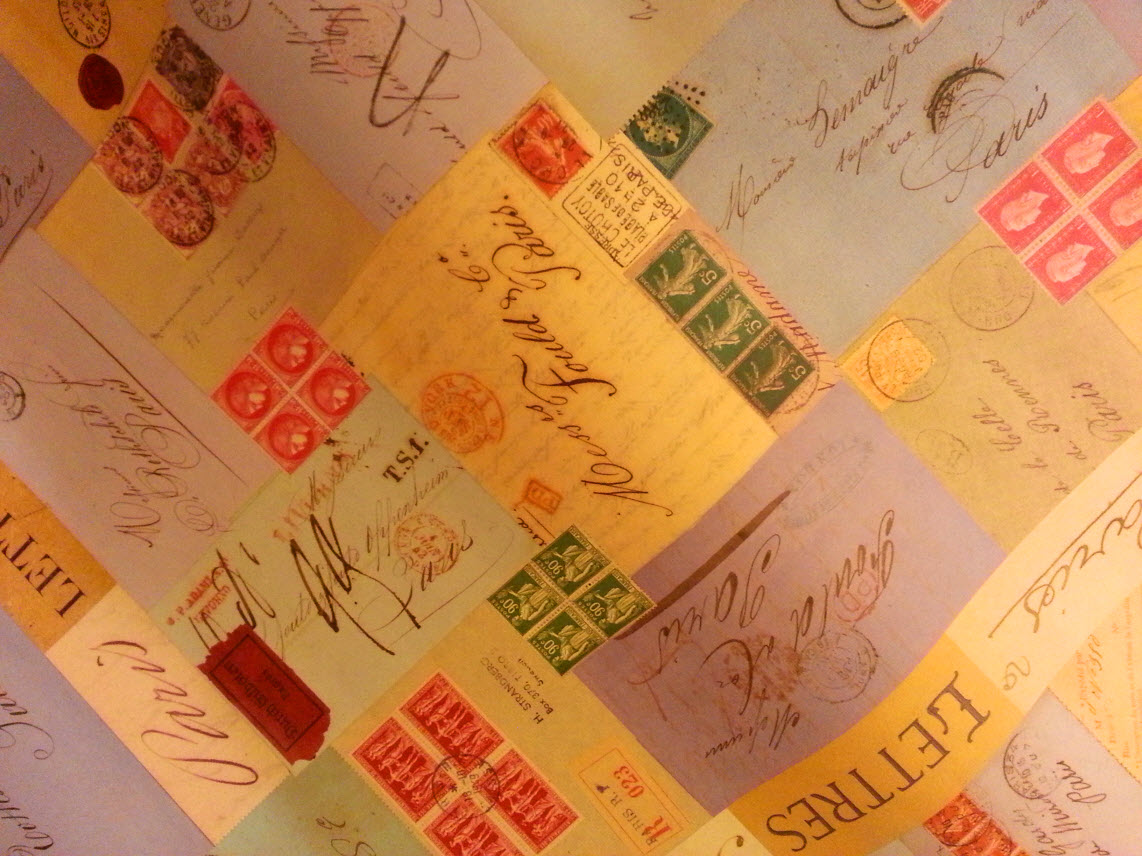 Earlier this summer I received an email from a lass who had seen one of my blog's posts on the 2011 wonderful Wizarding Event. She saw the Owl Post mailbox I'd made and asked if she could use the logo for a project she was working on. 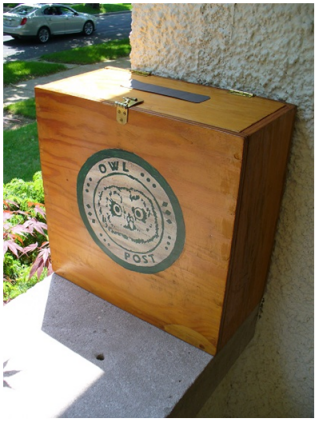 After some back and forth she told me what the project was: her 9 year old daughter's best friend was moving away. She and her daughter wanted to make a going away gift: a box of stationary with envelopes. And as daughter and friend are both Harry Potter fans, the idea was to make the theme of the stationary the Owl Post.

More conversation ensued and Mom mentioned she'd found a locket with the image of a snowy owl on it - she was going to sneak it into the box. And, unbeknownst to her daughter, she'd bought her a locket as well. 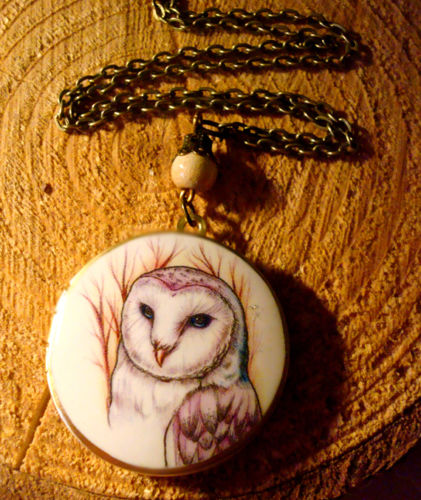 Their story -- a best friend moving away, a Mom wanting to make something special for her daughter to give to her friend, and their mutual excitement about their secret project -- was very touching. And entertaining!  I asked if I might send along "a little something" to add to the fun. 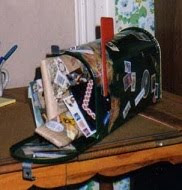 My original idea, based on my side interest of writing fictional correspondences, was that I would write wizardy letters to both girls and send them off in decorated envelopes. But, as these things do, one thing led to another. I thought then that perhaps I might make up small wizardy, fictional packages -- similar to those I'd done for the Wizarding event. 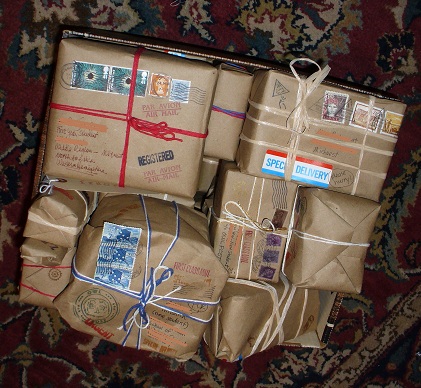 Mom, christened for this tale as the Woodland Wizard, loved the idea. I asked her a bit about the girls -- now nicknamed Dee and Em -- their interests, favorite colors, etc. The idea was to make two wee packets for her to include.

Let's just say the packages went from wee to less wee and the stories that become attached to them became more elaborate. The end result was much more than I had planned and gave much delight to parting friends. 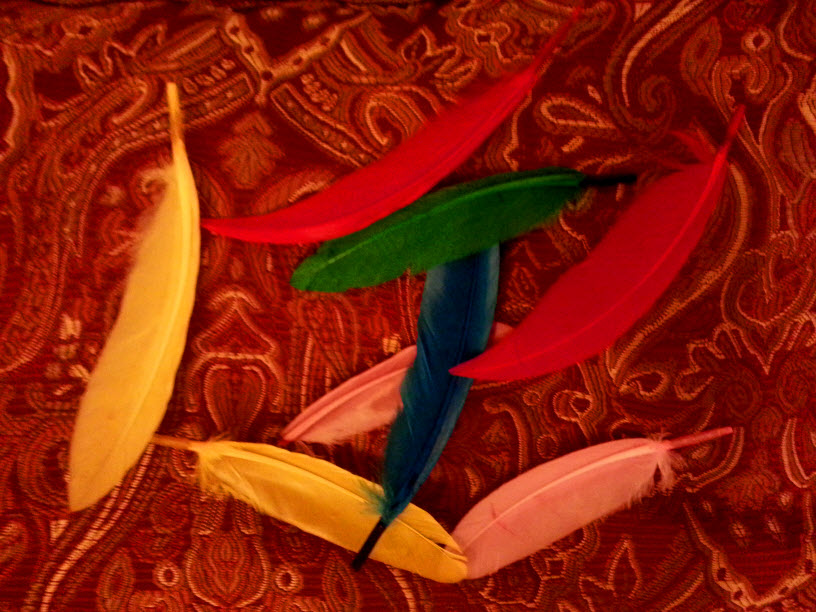 If there be magic, it is in storytelling and making.  I'll be telling that story in the post I'll be putting together next week. To intrigue you, dear readers, let me tell you that it involves ineffective spell-casting, packages that insisted on their own contents, and an appearance by the legendary Avis Plurimus Variatus Amicitiae: the Friendship Bird of Many Colors!