Packages for an Imagined Event, Item 7 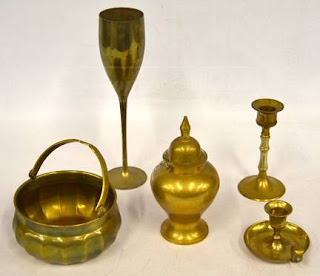 Brass containers and candlesticks
Image from ShopGoodwill (online)
I come from a family of makers, inventors, artists . . . and inveterate scroungers!  We enjoy making things out of other things.  Often, given our number and above-average height, the scrounging was a necessity.  But it's also a heck of a lot of fun to see what can be created. 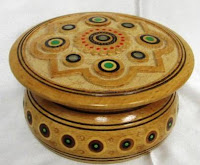 Carved wooden trinket box.
Image from ShopGoodwill (online)
So when I was asked (way back in January!) to participate in this Summer's Wizarding Event, I knew that visits to Goodwill and similar resale shops would play a large part.  One of my key roles was to create the set, contents, and faux mail for the post office (the "Owl Post" ostensibly had a branch location in the mail hall of our magical school). One of my goals was to create a "perfect package" for each of the 19 children who attended that day as "First Year Students". 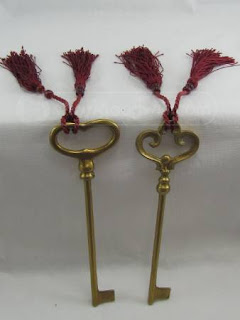 
To be "perfect" each gift package had to fulfill the following goals: 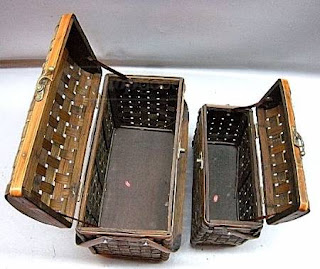 
So every other week or so I trolled the Goodwill and resale shops in our area, eyes open and imagination turned towards any item (preferably $3 or less!) that could be transformed into a magical packet for a wide-eyed wizarding student. 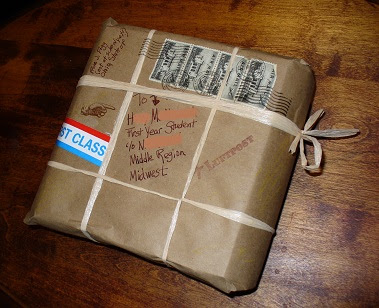 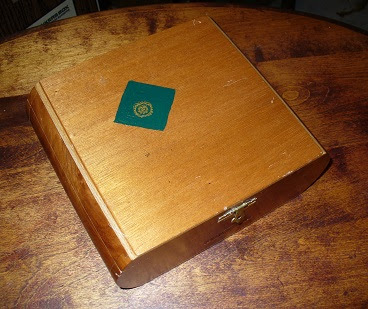 A very cool part of this package was its box: a real wooden cigar box!  It has gold-colored hinges and clasp.  The outer edges were rounded off, giving it a kind of Art Deco appearance.  It didn't smell of tobacco, fortunately, but there was a painted on logo on the top.  I painted over it with green, metallic acrylic paint and then stamped and embossed a gold sun-shape over the green. 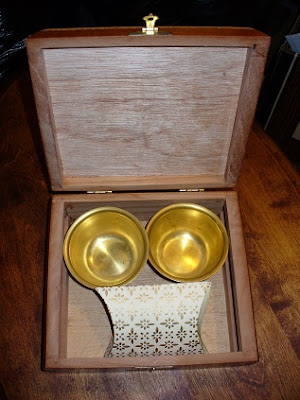 There were 3 items in this gift: two brass-looking "mini-cauldrons" and a very old padlock with key.  Apologies: I forgot to photograph the lock!  It wasn't as old or as fancy as this antique French lock, but it had similarly raised markings.  The key wasn't a skeleton key as depicted here, but older than most of the keys kids would be likely to see nowadays. 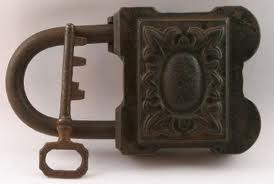 Image source
The cauldrons fit perfectly.  The lock and its key I enclosed in a "pillow box" that I had in my stash of stationery papers and envelopes. 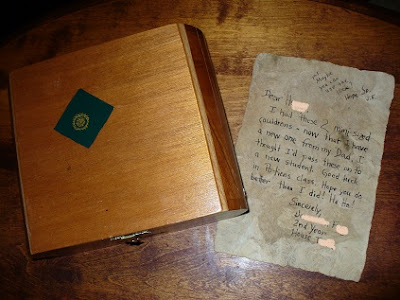 The letter for this item was handwritten on handmade paper.  I used my trusty Esterbrook "Dip-Less" Pen and vintage-era Esterbrook 407 Inkwell.  (Artist and author James Gurney had some brief, descriptive words to say about these two writing tools on his blog a couple of years ago.) 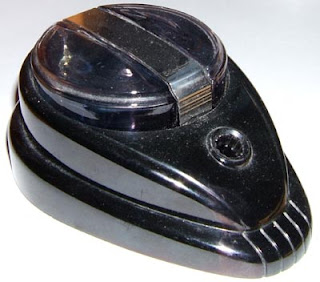 What is especially cool about the pen is that it uses interchangeable nibs.  One pen, many possible ink lines!  (Finding the nibs is a challenge, though.  I lucked out the summer I found my pen and inkwell; both from eBay.  The prices on this stuff can be pretty outrageous.  Just now, while creating this post, I checked to see what was selling today.  One seller had the 407 inkwell starting at $16.00; another was offering a not-too-clean version at $189.00! Buyer beware indeed!) 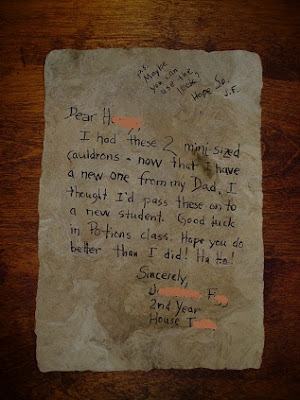 The surface of the paper for the letter was quite rough with bits of grass strewn in among the fibers layers.  I used the nib with the widest point and wrote rather slowly.  Even then it took me awhile to write this fairly short note.

Transcription of the letter:

Like all the packages, the letter was folded and placed inside its box on top of the gift items. 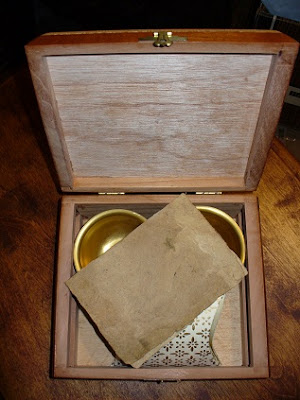 This packet was one of the largest given out that day.  Needless to say, when my Pony Express Carrier self brought this out of the large canvas delivery bag, all eyes were on it as the children wondered to whom it was addressed!