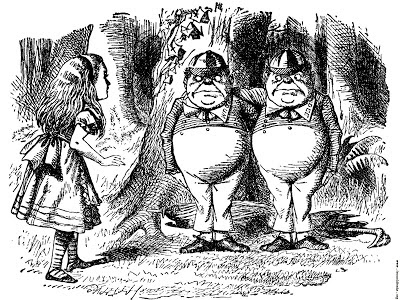 I have a few typewriters that resemble each other.
A Royal Crescent and Royal Royalite pair I've nicknamed The Twins. 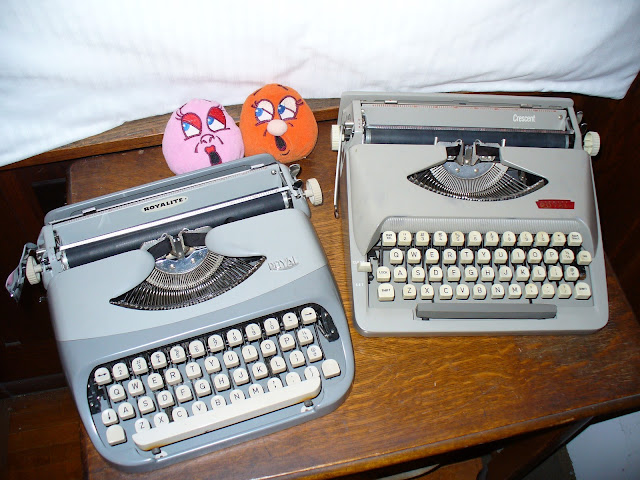 Then there were the decade apart Skyriters. 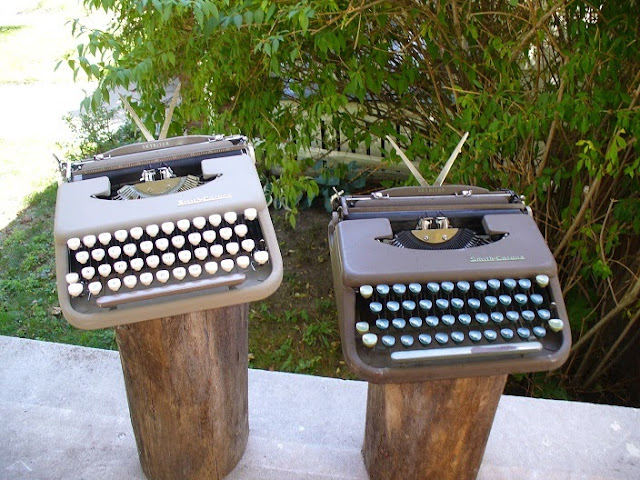 Just two weeks ago I was given (wow!) a new pairing: two desktop Royals. 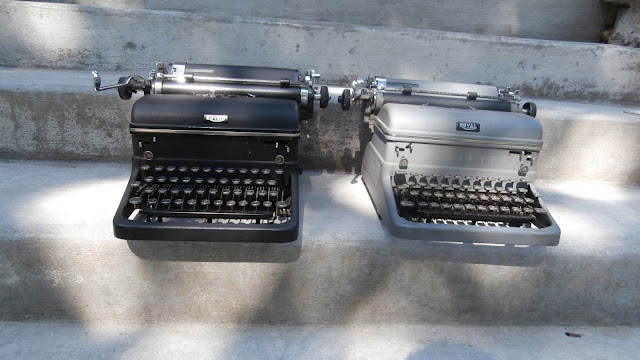 They have a fun history, at least regarding their previous owner.  The one (he didn't say which) he found while out bike riding.  It was sitting at the curb.  So he loaded it onto his bike and took it home! I can imagine taking a Skyriter or Royalite on a bicycle, but one of these babies?  They are big and heavy! 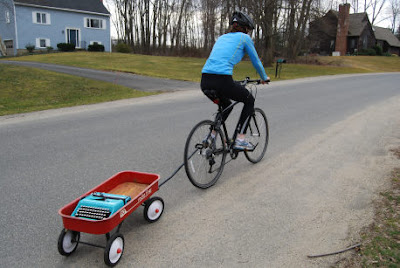 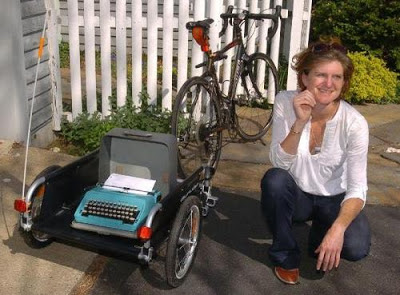 (You can read more about Maya's adventures here: Maya Stein, aka the TypeRider) 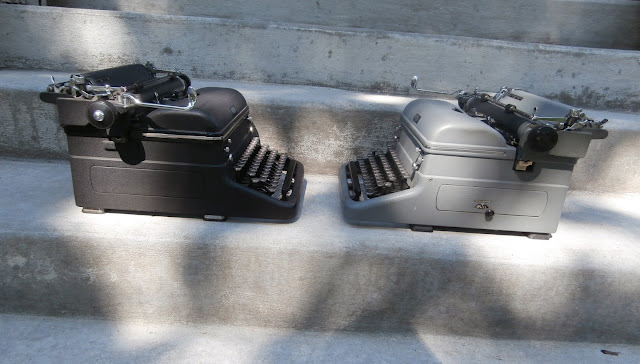 Then a few days later, he said, a neighbor asked him if he wanted an old typewriter.  It was another Royal desktop model. 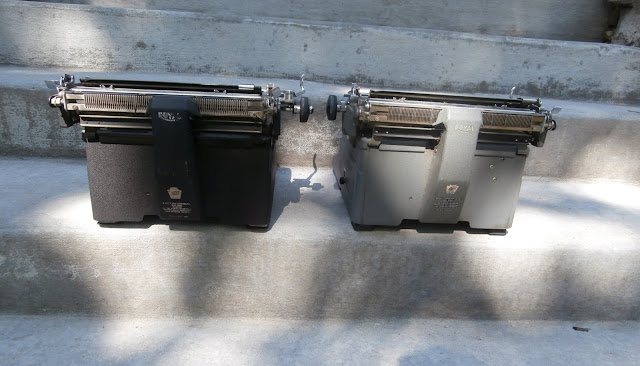 He said he kept waiting for a third to show up. "But it never did," he said, "I was hoping it would. Then I would have been a real collector!" 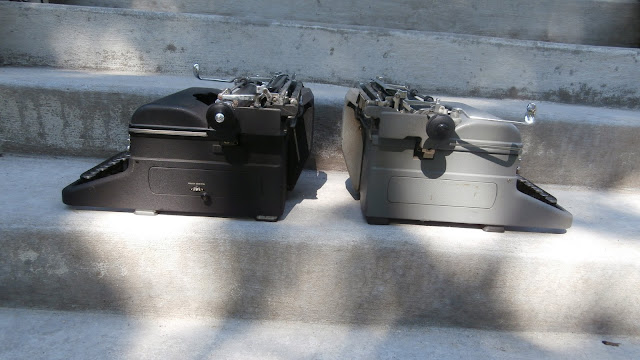 I am not sure I could handle an entire collection of Royal Desktops. 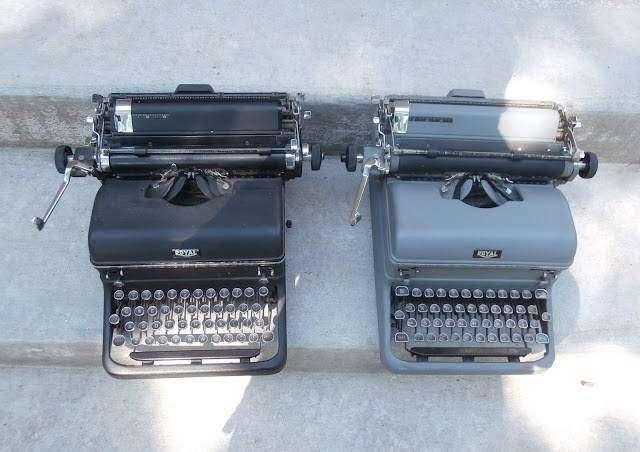 But they are impressive, and do have a lot of character. 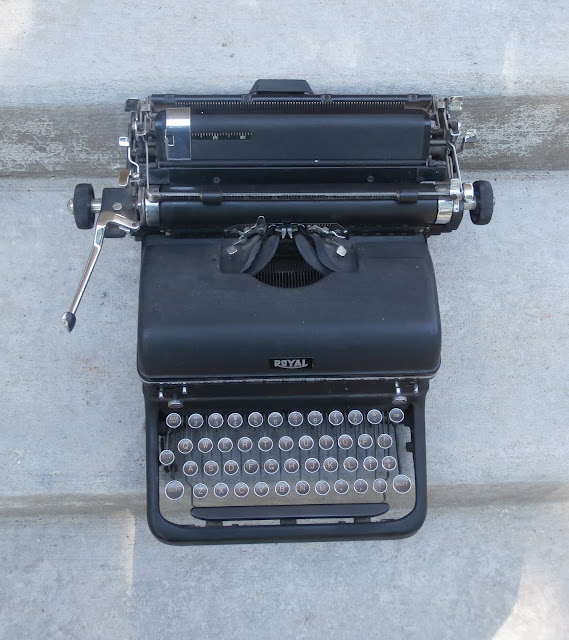 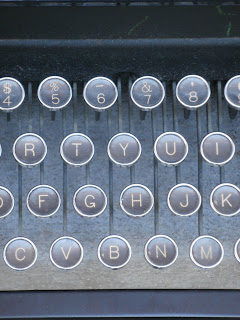 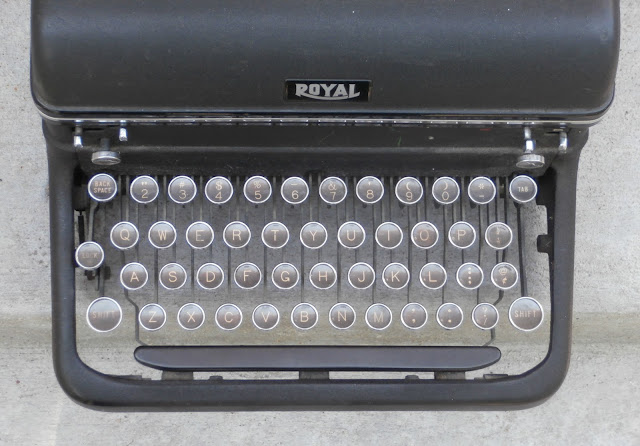 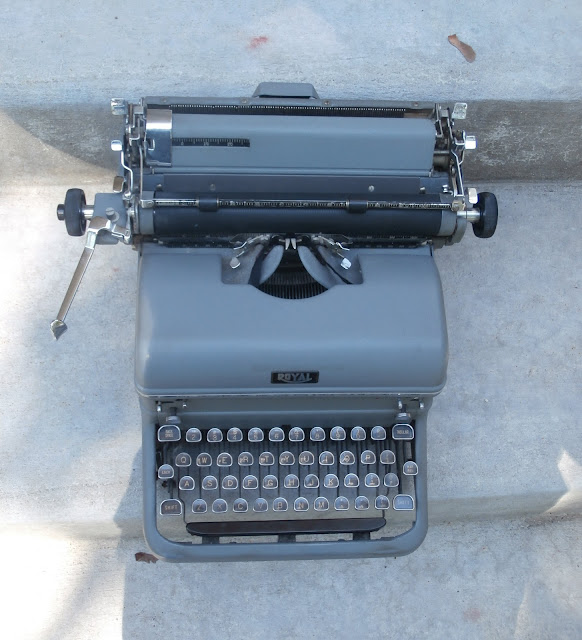 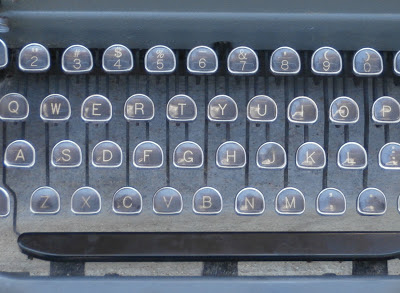 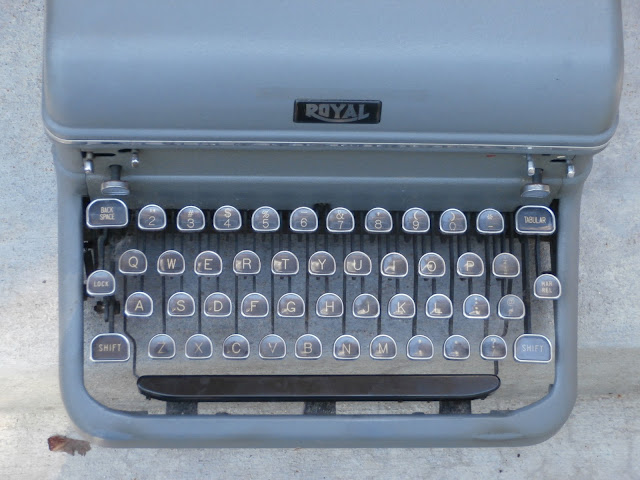 Like the Skyriters, above, these machines are about a decade apart.  Besides their paint color, there are two notable differences: they have different key shapes, and the black machine is is notably heavier than the grey model (though their size and tabletop footprint are identical). 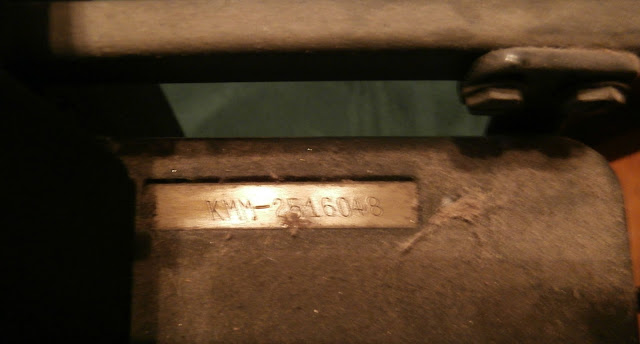 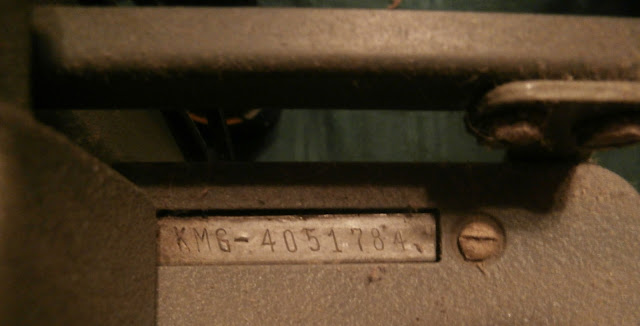