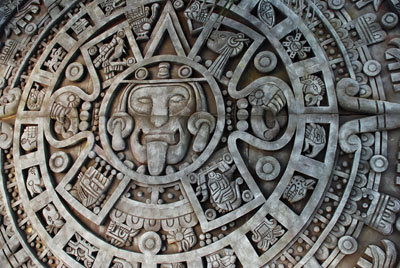 And now, the end is here
And so I face the final curtain
My friend, I'll say it clear
I'll state my case, of which I'm certain
I've lived a life that's full
I traveled each and ev'ry highway
And more, much more than this, I did it my way

Regrets, I've had a few
But then again, too few to mention
I did what I had to do and saw it through without exemption
I planned each charted course, each careful step along the byway
And more, much more than this, I did it my way

Yes, there were times, I'm sure you knew
When I bit off more than I could chew
But through it all, when there was doubt
I ate it up and spit it out
I faced it all and I stood tall and did it my way

I've loved, I've laughed and cried
I've had my fill, my share of losing
And now, as tears subside, I find it all so amusing
To think I did all that
And may I say, not in a shy way,
"Oh, no, oh, no, not me, I did it my way"

For what is a man, what has he got?
If not himself, then he has naught
To say the things he truly feels and not the words of one who kneels
The record shows I took the blows and did it my way!

Yes friends, the end was in sight, but forget the Mayans . . . this is NaNoWriMo we're talking about! "Thirty days of literary abandon" is how its originators describe it.  Thirty days of glorious, mad, focused, terrible and wonderful madness.  And for those with typewriters, 30 days of sheer crazy!

Hats off to The Typewriter Brigade!

As the final week dawned, there were a few, faint expressions of concern.
Never did 50K seem so close and yet so far. 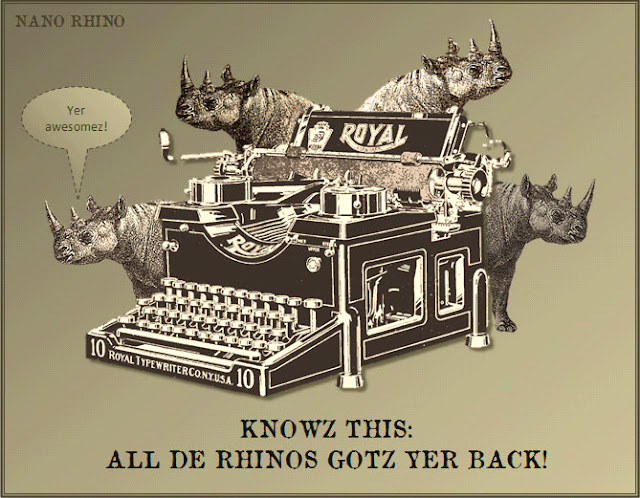 In a brief moment of panic, desperate measures were considered: anything to get the words out. 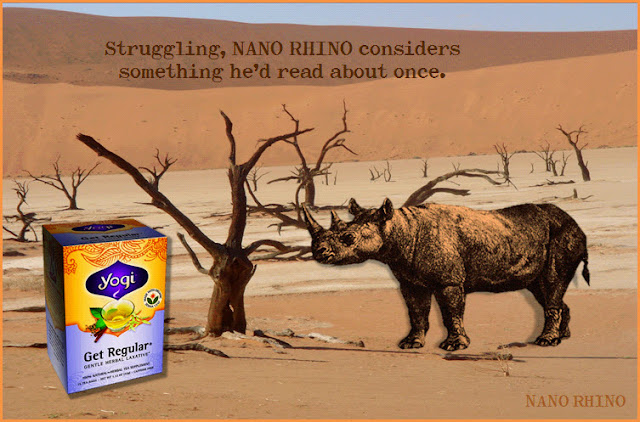 But the calm voice of The Great Rhino steadied the troops. 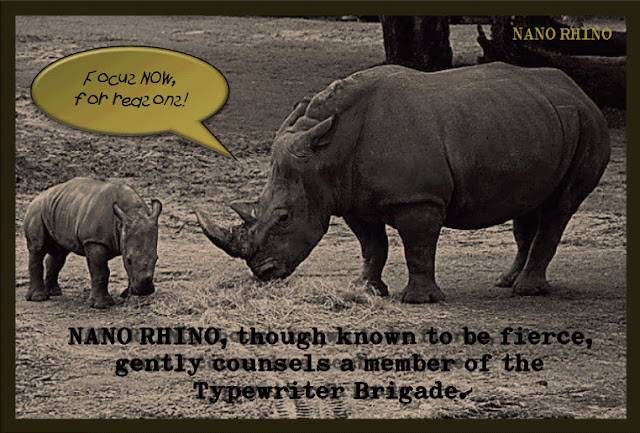 The last week's Postcards of Encouragement were sent out. 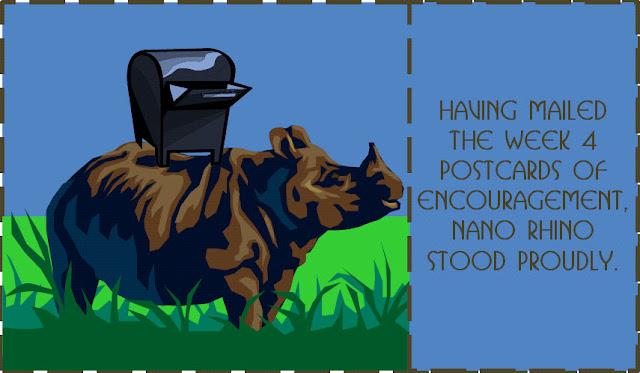 And in the last few hours of November, still the Great Rhino exhorted. 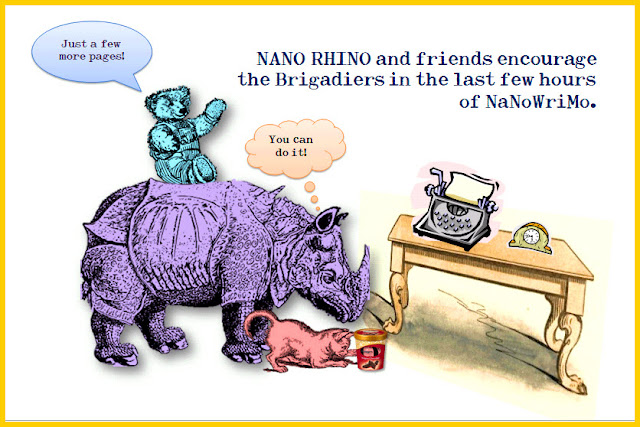 On the final day, the Great Rhino knew he had done all he could.
And in his mighty heart, he felt gladness and deep joy for the
great powers of imagination his Brigadiers had all shown.
Every word was precious.
Every minute of creativity was a noble thing.
But then, at midnight, the clock towers told the tale.
It was, at last, the end. 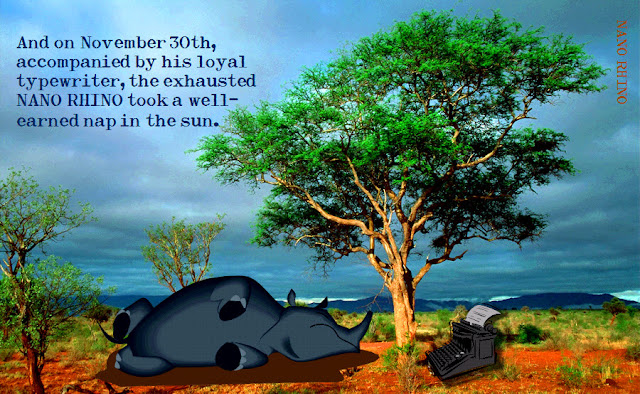