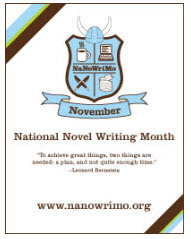 It's that time of year again . . . when a happy group of people take up the  challenge to write a novel in 30 days. It's called National Novel Writing Month or NaNoWriMo. 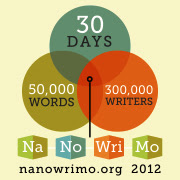 Among that adventurous crew is a subset of real loonies: The Typewriter Brigade!  Not only are they challenging themselves to write 50K words, they are going to do it using typewriters!*

Their mascot is the NANO RHINO . . . a meme and image created by the intrepid (some would say slightly insane) Mr. Clemens of ClickThing.  It happened most serendipitously when a typecast of his met a very puzzled OCR program.  You can read how it went down at his post here. 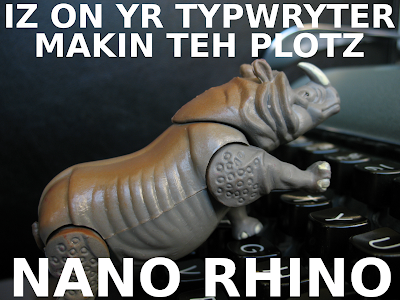 This year Mr. Clemens is wrangling and wrassling another round of Brigadiers as the start of NaNoWriMo looms large.  Because he apparently has no job, no family, and  no other responsibilities to impede his authorial mandate, he has gone and committed memeification once again.  (He labels this waywardness of his Ceratomorphic shenanigans. Read about it here.)


I, on the other hand, am an immensely responsible human being (shut up, Clemens!).  Although longing to someday join that crazy conglomerate, that silly syndicate, that punch drunk passel, that affected accumulation, that bonksnickers bunch . . .

. . . I, on the other hand, provide good cheer, sympathy, and virtual chocolates and pies by way of the sidelines.  Following my mantra -- to entertain the world, I make pictures for the aforementioned typewriting troop.


I post them over on the Typewriter Brigade's NaNoWriMo Forum.  You can see the gallery of my images from last year at my post here. (The folks at NaNoWriMo sweep the forums clean one month before the new November's challenge begins, no doubt hoping that the frenetic faction that is the Typewriter Brigade will somehow go gently into that good night . . . Ha!) 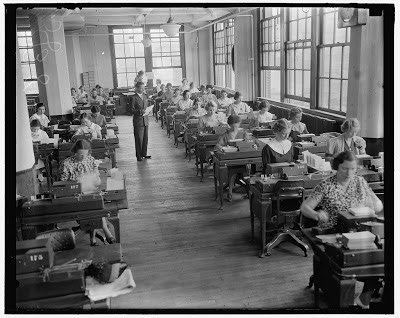 Because not all of you might want to brave the clackety clique (and because I've never been one to pass by my own good copy!), I shall be posting this year's images here as well.  Once a week I am hoping, but it will depend on the vagaries of that aural-instigating aggregation as many of the images I make are in response to their often off the wall forum natterings.

Here, then, is the first round.

In which postcards of encouragement may be purchased.

It has been said that every time a Brigadier reaches 50,000 words a Rhino gets its wings.  Alas, as has been noticed, the wings are lost come next year's Autumn chill.  The Clemens reminded all (in his gracious manner)  that 'tis but the way of things.

The Typewriter Brigade consists of many responsible adults who know that they must occasionally lay down the law to young rhinos.


*  It has been noticed by more than one that the Typewriter Brigade is as much a state of  mind as it is a conflagration of clicking contraptions.  There are some whose typewriters are at home whilst they are at university.  There are some who desire a mechanical writing device but whose budgets limit this desire.  There are those with wee bairns and/or beloved partners and/or housemates who require sleep and so must limit their metallic ink-slinging ways to certain hours of the day.  There are those for whom pencil and/or fountain pens are the way to true writing.

All of these persons are welcome and welcomed into the Typewriter Brigade.  It is, as The Clemens has said, "the thought that counts."  Thus spake the Great Rhino:  "If you get to the end of a sentence and say or hear DING! verily, thou art a Brigadier and thus I say this to be true."