The Slippery Slope of the Typosphere 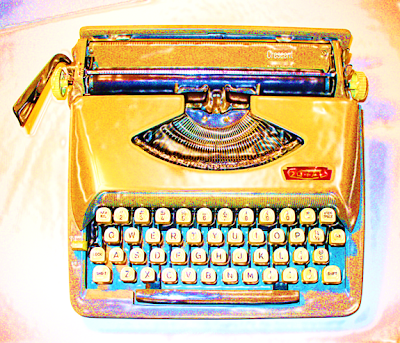 Jazzed up pic of a Royal Crescent
Back before the Xmas holiday, I had a too quick call with my West coast brother, Woodcrafter.  I told him I would call him Christmas weekend . . . and then didn't.  To "retrieve myself in his eyes" I have written him a nice, long, creative letter.  In that letter I have asked him if he would like a typewriter of his very own! I am  hoping to both entertain him and possibly ensnare him in the awesomeness that is The Typosphere.

Now tell me true, would you not be utterly enchanted by such an offer and think that writing letters on it would be the most awesome of awesomeness? 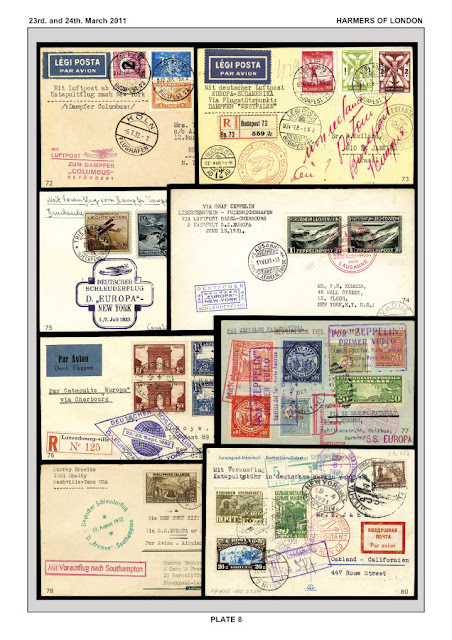 Image is "Plate 8" from this auction catalog page.
Letter writing is cool. I've been a letter writer since age 10.  I try to get at least one letter out a week, more when there is time. And as often as I can I use one of my wee-tiny-kleiner portable typewriting machines.  (A showing of these can be found here and here.)

But I also live in a wee-tiny-kleiner flat (See Figure 1).

Figure 1: Google Earth loves us!
It was built in 1914 when, as far as I can tell, people were about 2 feet tall and needed only one closet for all the clothing and shoes owned by a family of thirty-seven.  I.e., the space to store/display typewriters simply isn't.  So in these past few months I've been trying to whittle away at my collection - really I have - no really - please believe me. But trying, as any true blue Typospherian knows, is simply desire by another name.

I did manage to offload three machines: one to nephew Driver; one, as just noted, possibly going out to brother Woodcrafter; and one, never really mine, sent back to Ace Pen Friend, Deek. And a fourth one, which was never working from the start (I bought it in the heat of typerobsession and I didn't note the several, serious mechanical issues.), is now designated as a Donor Machine.

And then, as reported only recently, four more found their way into our humble abode. And only a week or so ago, another lost machine's soul called out and I could not harden my heart nor deafen my ear.

It's a Remington Travel-Riter -- my first Remi -- and, great gods and little fishies, it's certainly seen better days!  And better locales too, I'll bet. 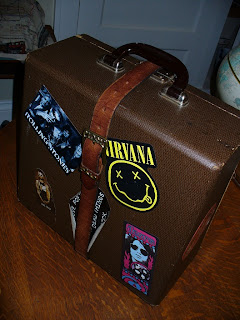 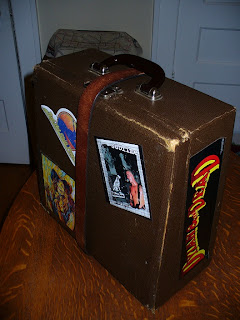 Its case is beat up and covered with an entertaining collection of rock-n-roll stickers. (The belt is mine - the case clasp is a bit hinky.) 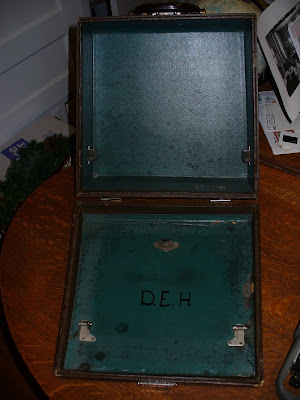 The ribbon spool covers are missing - though the ribbon itself is present.  And some of the keys are showing that white powdering that old plastic keys start can manifest after years of being stashed away in less than ideal conditions. 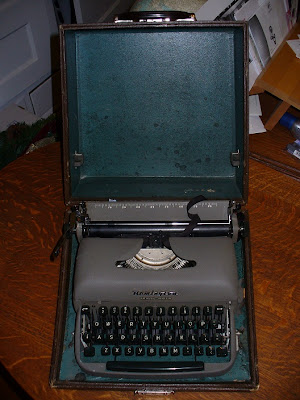 When I see old machinery out of order, I start to channel my inner Scotty. 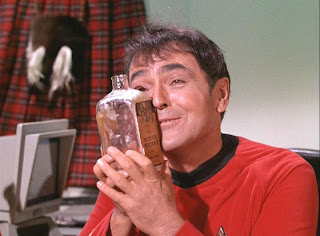 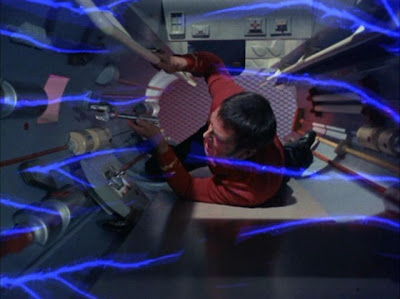 Chief Engineer Mr. Scott working on his "poor bairns."
Image source
Unfortunately, I lack Scotty's superhuman engineering abilities.  The best I can do is channel my late brother, The Captain, whose approach in such situations was "to look closely to try and see what seems wrong." Right now it's pretty obvious I need a new ribbon - but until I get that I can't do much more than I did at the Goodwill: try all the keys and other movement mechanisms.  All seems in order there. (And my thanks to Tom Furrier of Cambridge Typewriter for the the quick response on my ribbon and spool cover request!)  The feed rollers seem to have flattened out, which will take some work to repair.

But once that's done and I've re-spooled the new ribbon, I am looking forward to writing my first letter on it.  From what I could tell, the action on the keys combines the quick, snappy style I love with the comfortable solidity of my Dad's old Monster Underwood desktop model. (He used it in college, as did I.)
As I was taking the pics just now I was struck how similar to a laptop computer these smaller machines are.  In their day, that's just what they were: the redesigned, mini/portable versions of their desktop siblings. For some reason, the craftsmanship of this Remington seems like something Steve Jobs and his ilk would approve of. 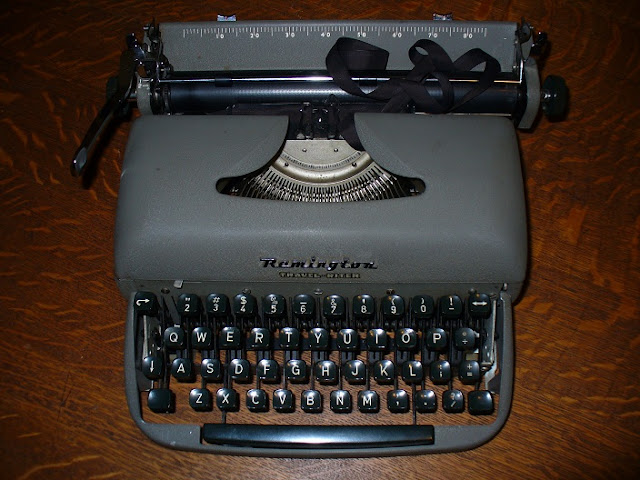 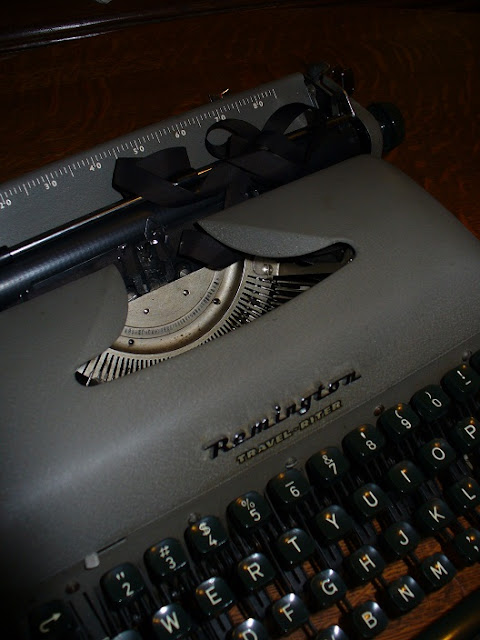