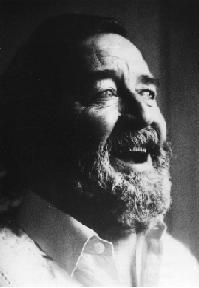 
"No one's death comes to pass without making some impression, and those close to the deceased inherit part of the liberated soul and become richer in their humaneness." 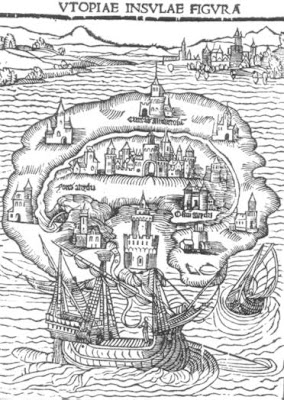 Illustration for the 1516 first edition of Utopia.
Image source
So I found it an amusing coincidence that today, while entering some titles into my Library Thing collection, I came across my old copy of Utopia by Sir Thomas More.  I immediately thought of the old make-a-movie game. Robert Bolt wrote the haunting and dramatic play A Man for All Seasons about More's conflict with King Henry VIII over the legality of Henry's desire to divorce Katharine of Aragon so that he might marry Anne Boleyn.  Bolt's play was made into an Oscar-winning film starring Sir Paul Scofield as More and Robert Shaw as King Henry. 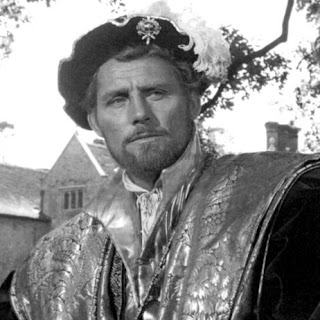 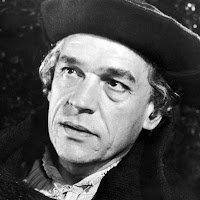 Shaw as King Henry VIII (image source) and
Scofield as Sir Thomas More (image source)
It is a powerful work and worth re-making (though I am usually loathe to suggest or view remade movies which are often poor and pale imitations at best).

The illustration of Sir Thomas on the cover of my book was the chalk sketch by noted Renaissance artist, Hans Holbein the Younger.  Holbein captured More's determined nature and, with that barely perceptible upward curve at the corner of his mouth, his wit and good humor. 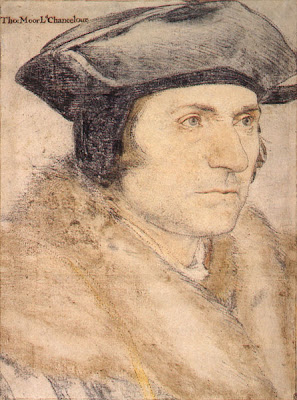 Image source
Bolt's framing of Sir Thomas as "a man for all seasons" was on the mark.  In an age noted for it, More was renowned for his learning (and for the high intelligence of his children - he had his daughters as well as his sons educated).  He carried on correspondences with notable greats such as the Dutch humanist and theologian Erasmus. His writings, as befitting a lawyer and statesman, were rigorously argued and articulate. More was famous for his humor, which was witty and occasionally bawdy.  His  integrity was legendary.
The actor that came to my mind to play More was the current Dr. John Watson from the 21st-century PBS series Sherlock, Martin Freeman. 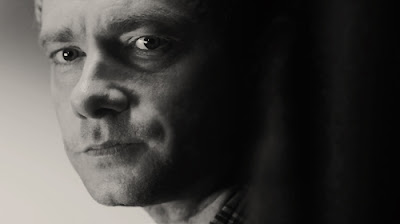 Image source
Freeman plays Watson with intensity, smarts, and a restrained panache.  Although soon to become globally known (Freeman is starring as Bilbo Baggins in Peter Jackson's 2013/2014 movies of Tolkien's The Hobbit) Freeman's ability to play contained suggests to me that he would successfully capture More's deep intelligence, his philosophical passion, his sparkling humor, and his unwavering commitment to his moral beliefs. It is More's bulldog nature that I think Freeman could relay with strength and subtlety. 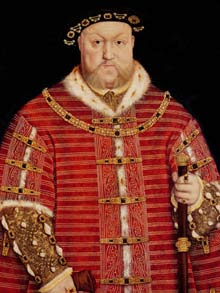 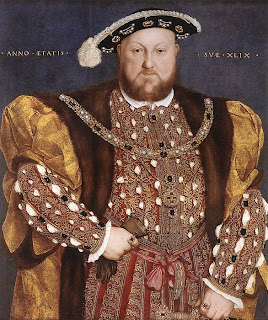 Image source (l)
Image source (r)
Until the recent historical hash that was the recent Showtime mini-series The Tudors, the image many people have had of Henry VIII is the jowly, pig-eyed older man of Holbein the Younger's later portraits (above). 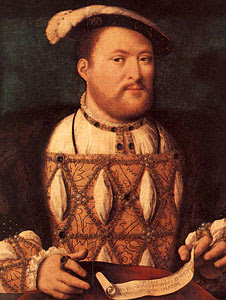 Portrait attributed to Joos van Cleve.
The scroll in the King's hand contains a few lines from a courtly song he wrote.
Image source
But at the time of Henry's marriage to Anne Boleyn, he was still relatively young and retained his handsome, courtly, and dashing figure.  Henry was over six feet tall, with reddish-blonde hair, and possessing of a truly Renaissance multifaceted character.  Henry spoke several languages, wrote music, played the lute, danced well, was politically savvy and disarmingly charming.

The actor who would attempt to fill Robert Shaw's royal shoes would need to be similarly powerful in terms of an aura of absolute authority, personal charisma, natural good looks, and physical ease.  Another Lord of the Rings alum would do well as Henry I think: Sean Bean. 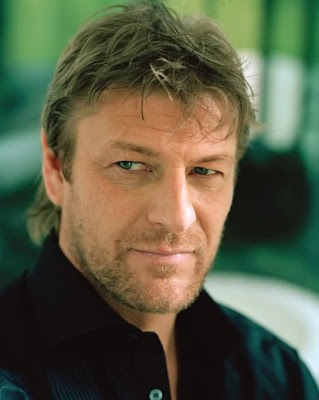 Image source
Playing Boromir in Jackson's trilogy, Bean acted his character's multidimensionality with ease.  As the favored son of Denethor, the arrogant and increasingly mad ruler of Gondor, he evinced both loyalty and a cautious awareness of his role as heir.  As Faramir's much admired and beloved brother, Bean was affectionate while inspiring as the "big brother." Teaching the four very young hobbits how to defend themselves, he was amused and avuncular; and in defending them from the orcs, he was bravery incarnate.  As Aragorn's some-time competitor, he struggled with his loyalty, conveying a conflicted and torn nobility upon recognizing Aragorn's stronger claim to Gondor's throne.  And at death,  perhaps the most profound and tender scene of all three films, his arrogance dissolved into repentence and a brotherly love for his "Captain."
King Henry, as written by Bolt and played by Shaw, is a more black and white character.  Bean, I think, could soften that to a more dramatic grey.  He has the chops to pull off Henry's ego and balance it against the king's well-concealed guilt regarding his treatment of Katherine and his willingness to murder More to have Anne in her place.

Though there are powerful secondary characters (among them Sir Thomas Cromwell and Richard Rich - played by Leo McKern and John Hurt, respectively, in the movie), A Man for All Seasons is primarily the tale of two men, Henry and Thomas.  For a remake to be successful it and stand on its own, it needs actors who can go toe to toe with each other and history. 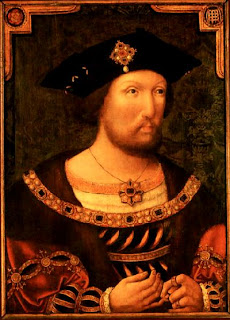 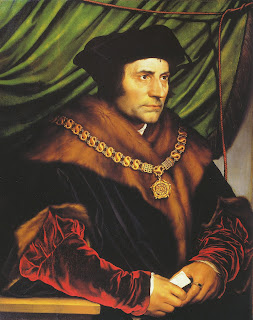