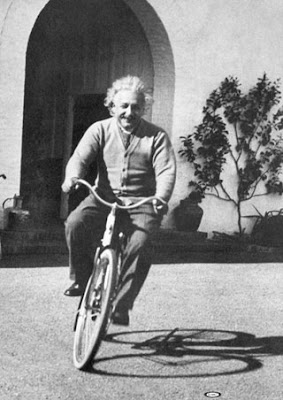 Image source
I am someone who reads book out of time.  That is, I rarely read something when or near to when it was actually published.  Even one of my favorite tomes, The Dispossessed by Ursula K. Le Guin, I mostly happened on and then only because I'd recently read another of her works, the profoundly thoughtful and vivid The Left Hand of Darkness. 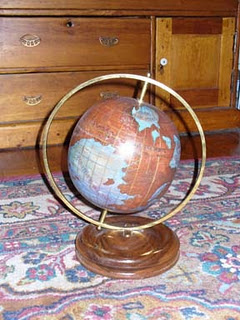 Annares Globe
Image source
So I'll find something I like and think I've discovered something new - only to find it isn't.  So it is a delicious irony that the book I came across some time ago is a book about time and relativity.  And how just now, when doing a little research on it for this post, I find that not only have others loved it as I have, they have loved it so much to want to make it real - and have made it into something that can be seen on stage. (Shaun Tan's absolutely perfect book The Arrival has had a similar effect.) 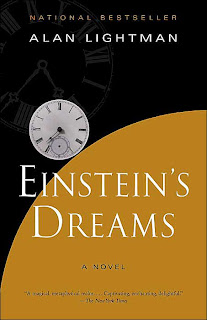 "The novel fictionalizes Albert Einstein as a young scientist who is troubled by dreams as he works on his theory of relativity in 1905. The book consists of 30 chapters, each exploring one dream about time that Einstein had during this period. The framework of the book consists of a prelude, three interludes, and an epilogue. Einstein's friend, Michele Besso, appears in these sections. Each dream involves a conception of time. Some scenarios may involve exaggerations of true phenomena related to relativity, and some may be entirely fantastical. The book demonstrates the relationship each human being has to time, and thus spiritually affirms Einstein's theory of relativity."

It is an accurate description of the stories but comes nowhere near capturing Lightman's delicate whimsy, rich and fantastical visuals, and conversely soothing prose mixed with deeply provocative human emotions.  It is true science fiction wherein one of the most important scientific theories is presented not as a PBS special -- i.e., Brian Greene's gorgeous yet incredibly complex go at explaining string theory in The Elegant Universe -- but as a series of simply told, strikingly vivid single incidents in human lives. 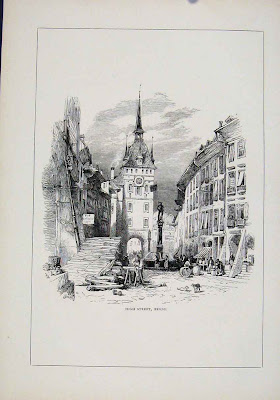 High Street Berne, Switzerland, 1890
Image source
Framed by brief vignettes of Einstein conversing with a friend, each tale in the collection is comprised of a unique take on time and relativity.  In one, for instance, people live for just one day, but that day may be an eternity.  In another time is a local phenomenon where clocks, separated by distance tick, at different rates.  In yet another time exists as three dimensions, and each decision or act has three possible outcomes.  The tales, each only a few pages long, have a sense of being quite ephemeral while simultaneously affecting one as something quite tangible and truly experienced by real human hearts. Here are two excerpts.

"She huddles in a corner, then quickly creeps across the street and cowers in another darkened spot, at no. 22. She is terrified that she will kick up dust, just as a Peter Klausen is making his way to the apothecary at Spitalgasse this afternoon of 16 April 1905."

"It is a cold morning in November and the first snow has fallen. A man in a long leather coat stands on his fourth-floor balcony on Kramgasse overlooking the Zähringer Fountain and the white street below. To the east, he can see the fragile steeple of St. Vincent's Cathedral, to the west, the curved roof of the Zytgloggeturm. But the man is not looking east or west. He is staring down at a tiny red hat left in the snow below, and he is thinking. Should he go to the woman's house in Fribourg? His hands grip the metal balustrade, let go, grip again. Should he visit her? Should he visit her?"

I find reading most poetry difficult; I cannot hear meter somehow so I miss so much of the musical emotion and cadence of the poet's mind.  Lightman's prose is to me a poetry I can both hear and see. When I read it I find the stories affect me physically; I can feel the tales on my skin.  Perhaps this is my synesthesia; if so, it's a rather unique version of it!  Rather, I think it is the Deep Imagination -- Jung's collective unconscious -- that I am running into. 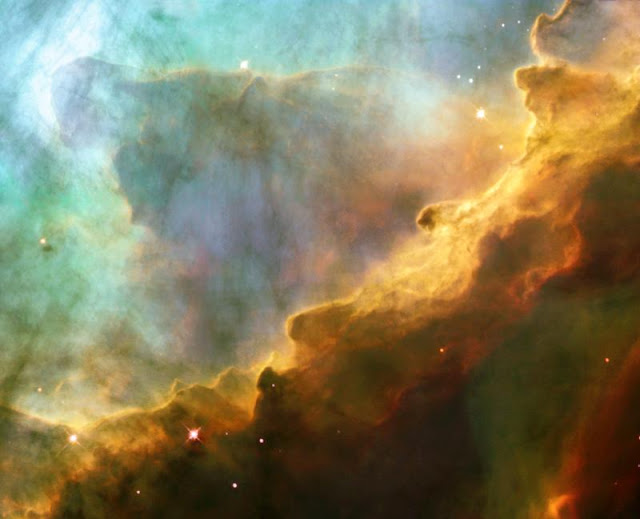 I am not the only one so moved.  There have been a number of theatrical interpretations of the book.  Here are are images from two rather contrasting productions. 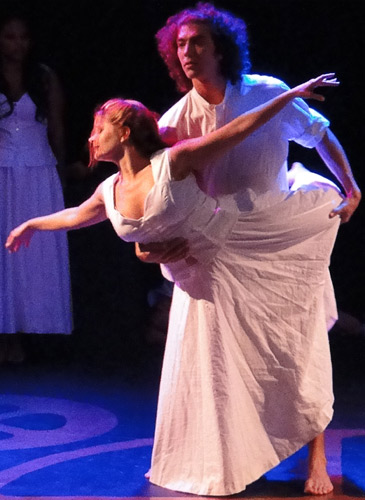 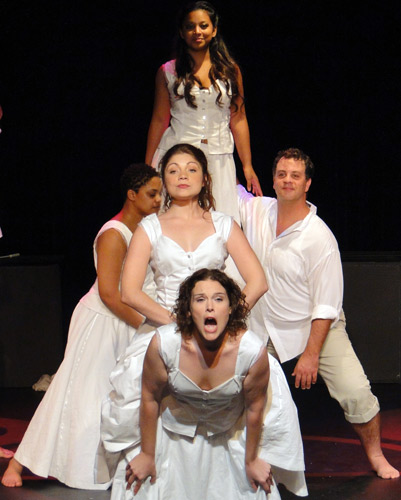 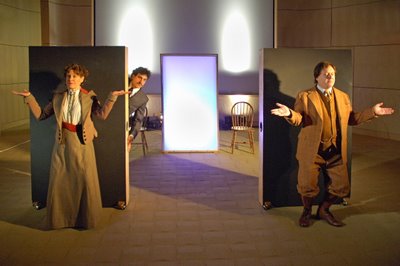 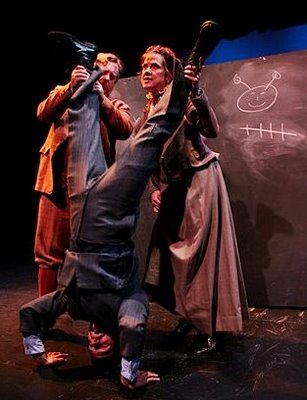